Incongruity: So if #BlackLivesMatter, why do they only make the news the relatively small percent of the time when there’s a white shooter?

X Marks The Lack Of Spot: Speaking of shooters, MNGOPAC has a little reminder for everyone that’s jabbering about “commonsense gun control”: 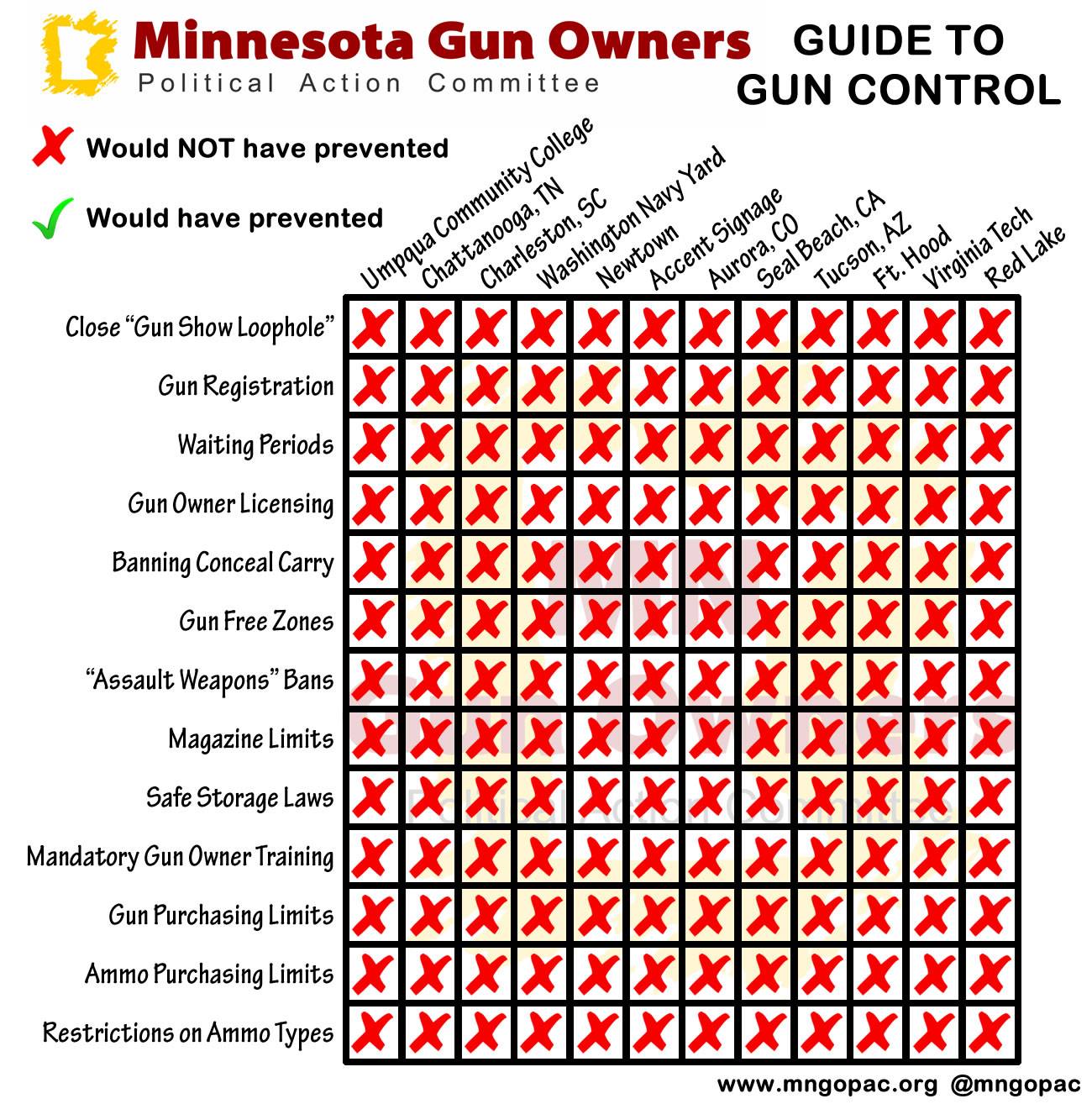 They should add a line for “repeal gun free zones”.

We Need More Like This:  Sheriff John Hanlin – the Douglas County Sheriff in whose juridiction the shooting took place – has long sparred with gun control hamsters.

And yesterday, his office refused to name the murderer – doing his best to deny the human roach the infamy and publicity he desired.