And I ask that question in a context that goes above and beyond the typical “The Alliance For A Better Minnesota Is Lying” sense of the term.

As we noted a few weeks back, the DFL is making TV ads with fake middle class families.  It’s nothing new for them, of course.

And now, as both Bill Glahn and the lesser talk station’s Jack and Ben have pointed out, the DFL is going hog wild with the Photoshops, as with this hamfisted whack at Stacey Stout: The face of the man in the bottom photograph (captioned “Stout works for extreme Republicans) belongs to the state House Minority Leader Kurt Daudt. 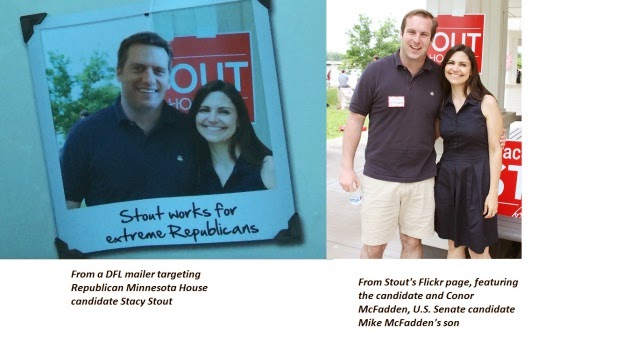 The body belongs to Conor McFadden, the son of U.S. Senate candidate Mike McFadden, as illustrated in the Star Tribune’s side-by-side comparison.

Fake people.  Fake photography.  Fake insurance exchange that gives results with a shelf life, if you can get to that point.  Fake “economic health”.

Is anything real about these people?

6 thoughts on “Is Anything The DFL Does Actually Real?”