A friend of the blog writes

As I was helping my Congolese neighbor out of the alley this morning, we talked more about the roads in DRC versus here. He told me that being buried in snow here is not as bad as being buried in mud there because at least you can dig out of snow. Then, he said the DRC government tells the people that those muddy wreck of roads are International roads. He said that is an example of a fake government.

Again, I can’t help but draw comparisons to what liberal St Paul voters and liberal elected leaders would like the city to become.

When the St Paul GOP merely posed the question of why major streets in St Paul can’t be plowed during the storm, rather than waiting until it’s all over, Democratic candidate for Governor, Chris Coleman, so stupidly believes that meant plowing before any snow fell. 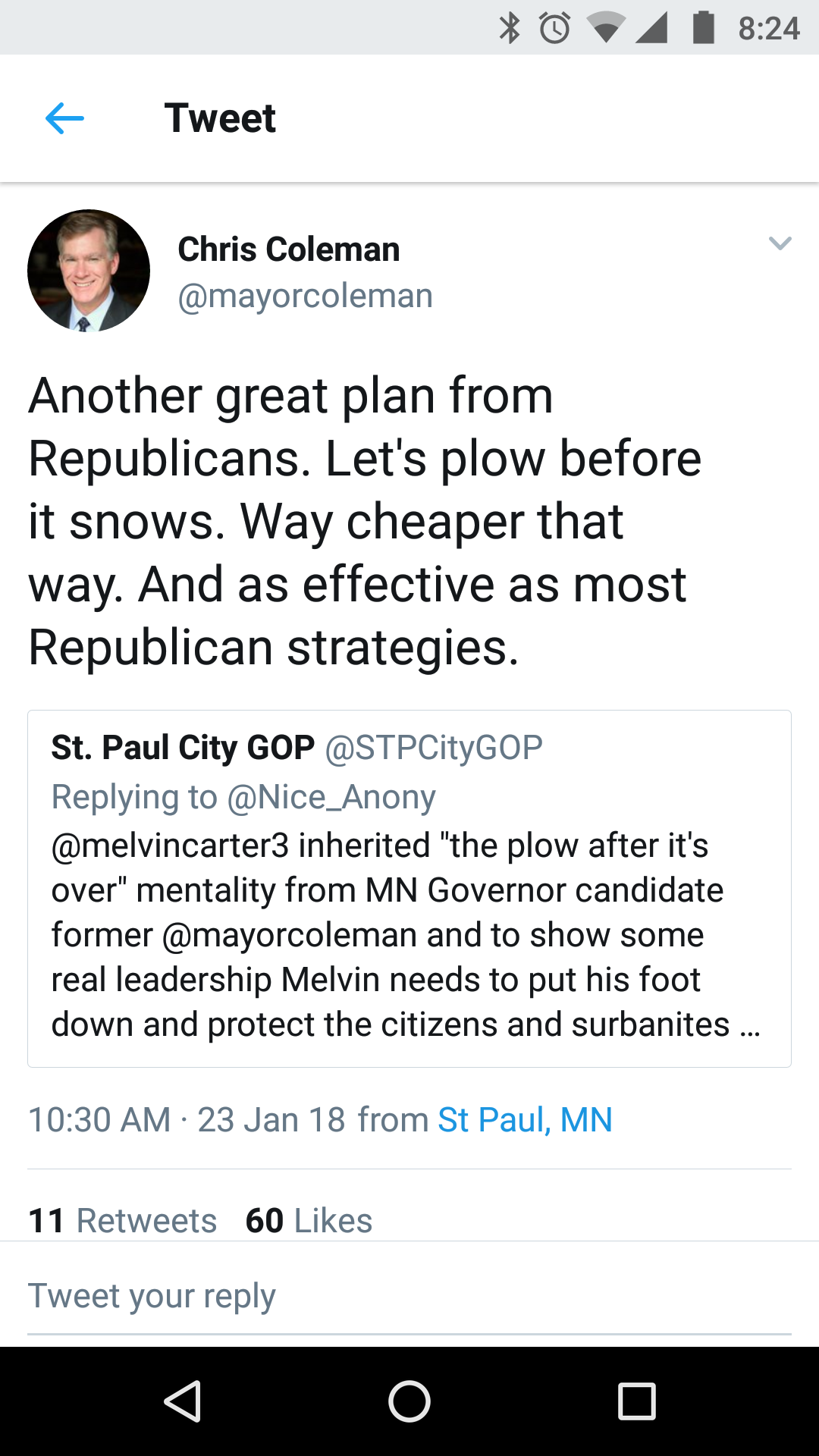 (I will give him the benefit of the doubt that he is only pretending to be that stupid). But, his statement on Twitter (along with many other falsehoods he told during his time as mayor) certainly give me the impression that St Paul government is somewhat fake, too.

Not suire if the former Mayor and current Goober candidate is “stupid” so much as “very poorly placed to comment”; Saint Paul’s snow plowing went from “spotty but effective” under Norm Coleman and Randy Kelliy to “third world” level under Coleman.  During snowstorm ater snowstorm, Saint Paul’s streets would resemble Bolivian goat paths after six inches of snow. . “It’s a biblical deliuge”, the city’s bureaucrats and flaks would protest – but a drive across Larpenteur into Roseville would show you that the only biblical retribution that the city faced were a plague of locusts working as bureaucrats in charge of getting ostensibly useful things done.   (And it’s not just snow plowing).

So Mayor Coleman’s quip is a bitter joke for any Saint Paul taxpayer – especially the ones that needed to drive anywhere during the 24 years it seemed he ran the place. . .

10 thoughts on “Chris Coleman Whistles Past The Clogged Street”