So is this a tourism ad, or a cry for help? 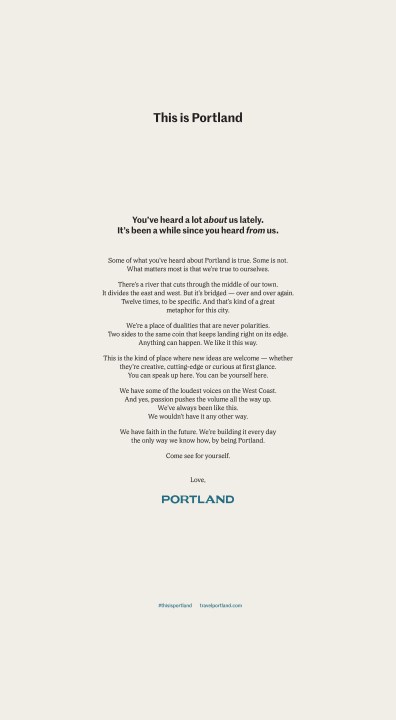 Odd tourism ad, doncha think? Usually you get a picture of nature, or a soaring skyline, or beatiful people enjoying dazzling nightlife. But not this time.

So what does a tourist do in Portland? Apparently you can cross a bunch of bridges. That might have some allure. I have it on good authority that Portland has a number of restaurants, but it’s difficult to tell what the bill of fare might be from this brown paper ad. It’s possible the restaurants in Portland feature word salad. “We’re a place of dualities that are never polarities.” What does that even mean? Does it mean this? 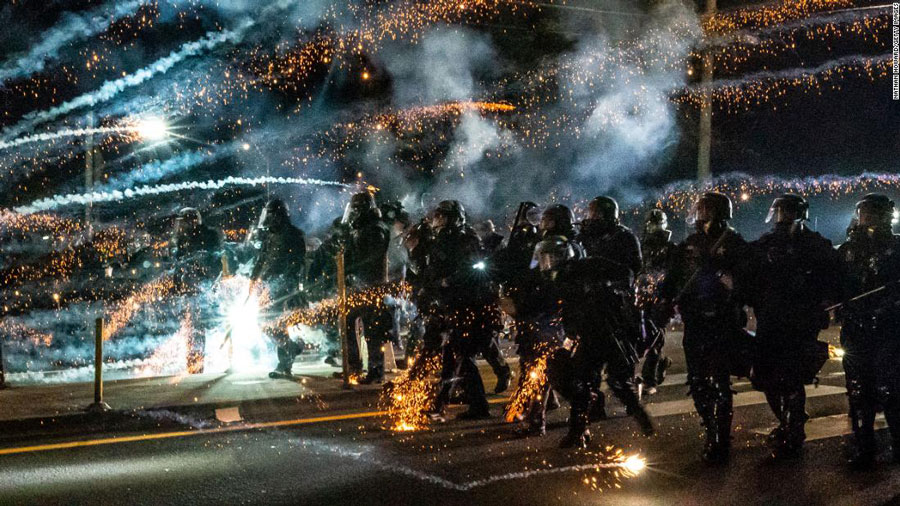 That might be the dazzling nightlife? After all, things are going well:

Every member of a police crowd-control unit in the US city of Portland has resigned after one of its officers was indicted on an assault charge.

The charge stemmed from violent anti-racism protests that rocked the city, in the state of Oregon, last year.

Prosecutors allege the officer used “excessive and unlawful use of force” against a protester in August 2020.

But Portland’s police union described the decision to prosecute the officer as “politically driven”.

The reporting here is from the BBC. Looks like they didn’t get the “mostly peaceful” memo.