After seven nastygrams from the City of Minneapolis, Councilwoman Lisa Bender got her sidewalk shoveled by the city, and a $149 fine to prove it.

Bender – a far-far-far left DFLer famous for compelling the City to clear bike lanes in the dead of winter that nearly nobody uses when the weather is gorgeous – reacted with grace and equianimity.

Of course I’m kidding.  She’s accusing the Strib of mansplaining. 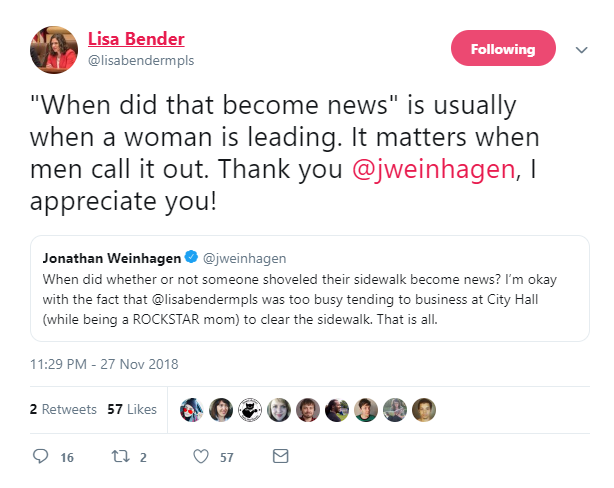 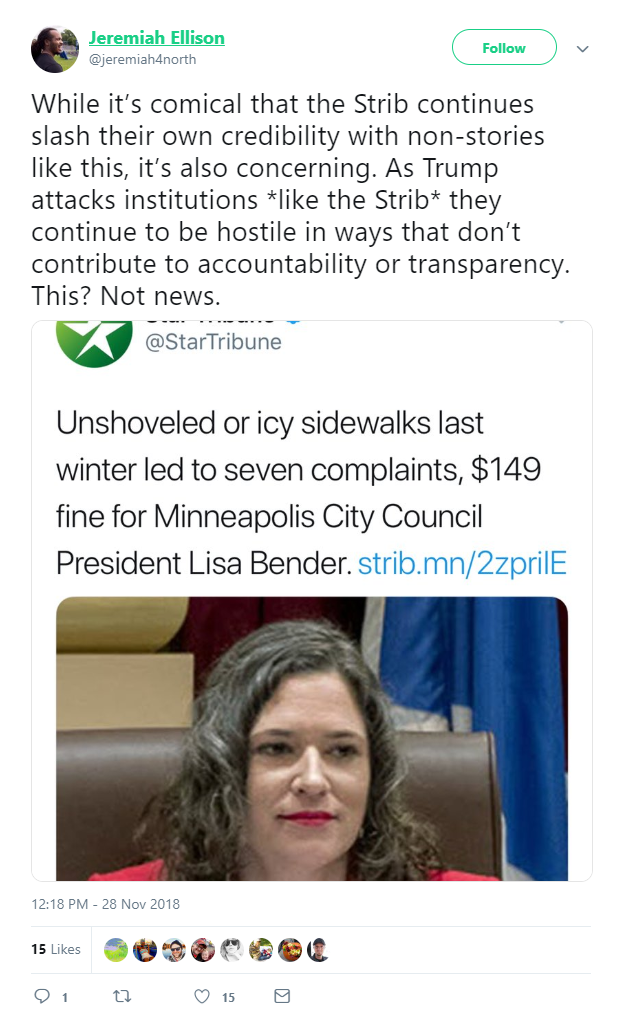 Jeremiah Ellison is a permanent city payroll receiver. Er, I mean, city council…well, it’s a distinction without a difference.

Urban Progressive Privilege:  when everything you do can be defended by citing things your opponents never did.