In previous years, I’ve given way to gusts of logorrhea and come up with “100 Reasions…” to vote (for the most part) for the GOP slate.

I don’t need 100 this year.    If you’re a thinking person who cares about having a Representative Republic with checks and balances, you shouldn’t either. 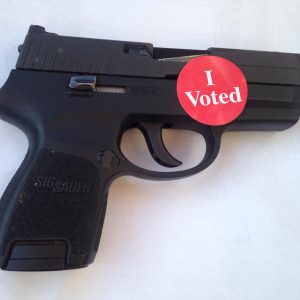 The notion of Angie Craig, Tina Smith, Amy Klobuchar, Dean Phillips and Dan Feehan “representing” you in DC should terrify you, if you care about living in a representative republic that believes (as imperfectly as the GOP practices this belief) in rights and powers enumerated to the states and the people should terrify you.   They’re the party that is actively taking not only about eliminating the Electoral College, but in some circles applying the Popular Vote on a national level to the House of Representatives (because winning a share of the nation’s districts by 40 points and losing most of the nation by 11-3 points isn’t enough of a verdict for them).

And the Dems’ rhetoric this cycle has been the greatest, most systematic violation of Berg’s Seventh Law I hope ever to see; jabbering about white right wing conservative violence (that never happens) while studiously ignoring the steady drizzle of attacks by their people; yakking about “voter suppression” while benefitting from decades of gerrymandering (hello, CD4 and 5).

And they’re barely bothering with the pretense that “Gun Safety” and “Gun VIolence Prevention” isn’t about disarming the law-abiding anymore.

And if the though of Keith Ellison being the state’s chief law enforcement office doesn’t fill you with thoughts of heading for the woods and going off the grid, the notion of a Governor Walz driving the 2020 redistricting as the state loses a Rep and yet another DFL-leaning judicial committee gerrymanders the state to give Metrocrats yet another ten year stranglehold on your pocketbook should.

I’ve said it before; while I have voted for Democrats, even in the 35 years since I became a conservative, it needs to be said:  while Ronald Reagan would be a tad to the right of the mainstream national GOP today, a DFL party that rejected Lori Swanson would pelt John F. Kennedy with rocks and garbage – and Kennedy governed to the right of Erik Paulsen.

So I’ll be #resisting the Democrats, and the DFL, by voting a straight GOP ticket.  Not because I think the GOP has done the job I wanted them . (and voted for them) to do, but because the Democrats are actively working to destroy what this country is  supposed to  be about.