…the DFL and its PR firm, “The Minnesota Media”, blame the upcoming government shutdown on the GOP, keep this in mind: 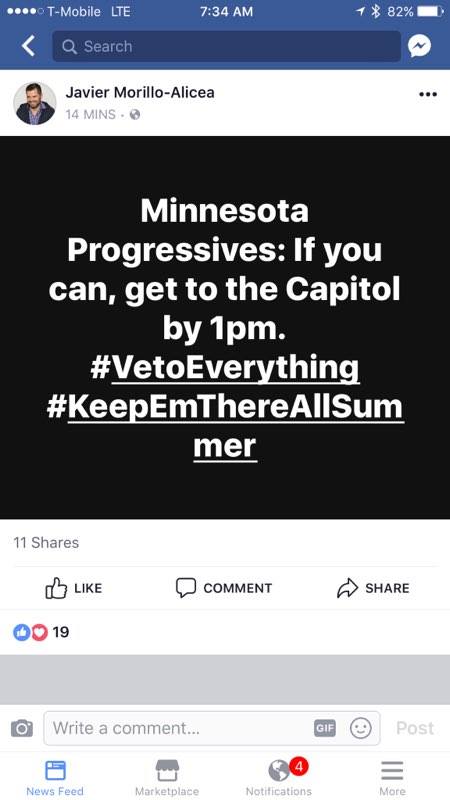 It’s Javier Morillo, and if you’re not constantly marinading in Minnesota politics, a) you’re lucky, and b) you may not know that Morillo is up there with Alida Messinger as the most powerful person you haven’t heard of.

He’s the “Protressive-to-a-fault” majordomo of…the SEIU?  AFSCME?  MAPE?  Oh, who cares – all government workers’ unions are pretty much the same.

UPDATE:  MN Representative Scott Dibble is in on the act: 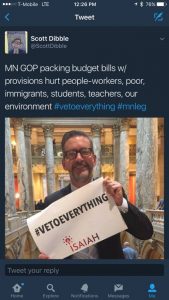 As is Rep Dehn, who is also running for mayor of Minneapolis, and bringing enough grandstanding to the ‘struggle” (bwahahaha) to make Betsy Hodges go “um, Ray?  Bubbie?  Dial it back a skosh?” 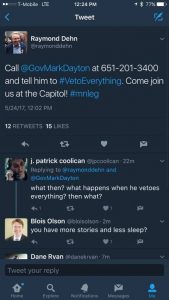 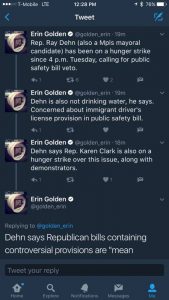 Five’ll get you ten this is all forgotten when the government does shut down; the GOP will be to blame as far as the media knows.