Barack Obama is president – elected in part by a biblical wave of support from black voters and novelty in the general election, and identity-mongering in the primaries.

You’re a Democrat strategist, planning ahead to the next two elections.  You need to keep women – Hillary Clinton voters – engaged enough to vote for Obama again in four years.  Child’s play; engineered a fake “war on women” and assign the media to run it.  Which they will.  They always do what you tell them.  It doesn’t always work – NPR was trying to make “Occupy” a thing for a solid year after the last rat-infested rape camp was carted to the landfill – but often enough, it gets the ignorant riled up enough to move the dial.

But look ahead four more years.  Obama will be termed out.  The Democrat bench is painfully shallow; the buffoon Biden, Fauxcahontas, the photogenic failure Martin O’Malley, and a few other governors that (you can’t possibly know or believe, yet) will be turned out of office next year…and the donkey in the room, the inevitable Hillary Clinton.

Who you gonna call?

Of course Hillary’s the front-runner.  She’s been painstakingly grooming herself and building a machine since 1998; but for the tsunami of identity that carried the freshman Senator Obama into office, she’d likely have already been president already.

So how do you get a tsunami of African-Americans to turn out in the same kind of numbers for a geriatric honky?

Create a race relations crisis, and send the order down the chain of command to the mainstream media to create a national issue of it.  Then, exploit it with a presidential campaign that was about virtually nothing but identity politics.

Well, as re the crisis, it’s mission accomplished: 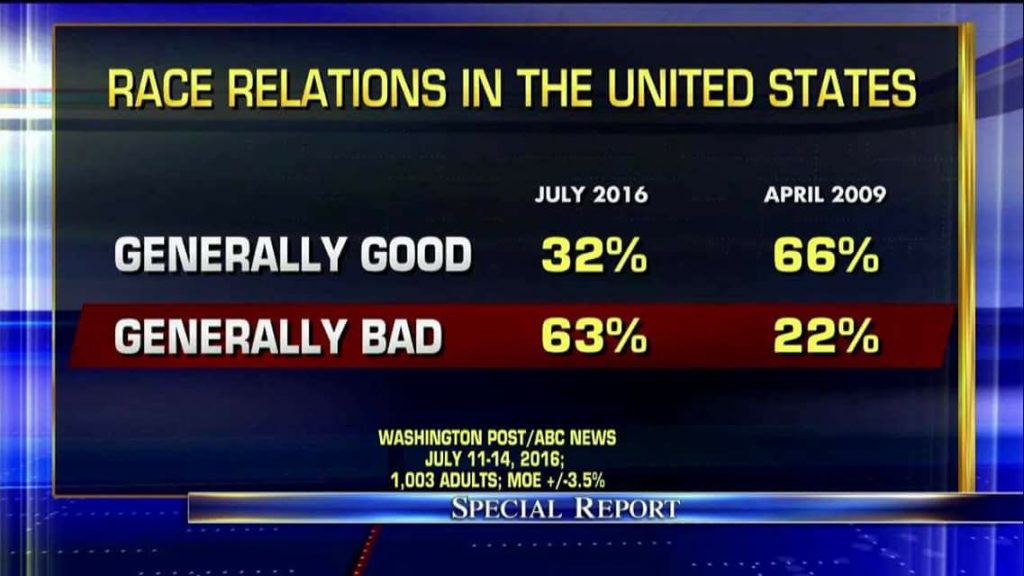 Unfortunately (for Hillary), the relentless identity-mongering backfired, turning blue-collar honkies into an identity group in its own right.

And so today we have Hillary still out of office, a lingering race relations crisis that’s killing hundreds of people a year in our inner cities…

…and a media awaiting orders for the next national politically-based squirrel chase.