First, the good news:  Rep. Mary Franson has introduced a bill that would expose parents who subject their children to ritual genital mutilation to felony charges and potential loss of custody.  It’s currently illegal for a doctor to perform the procedure; if passed into law, Franson’s bill would spread the onus to the parents.

This is a good thing – especially if you are remotely familiar with the procedure:

Farhio Khalif of Minneapolis…described in horrific detail how she was forced as a little girl in Somalia to undergo a ritual mutilation. 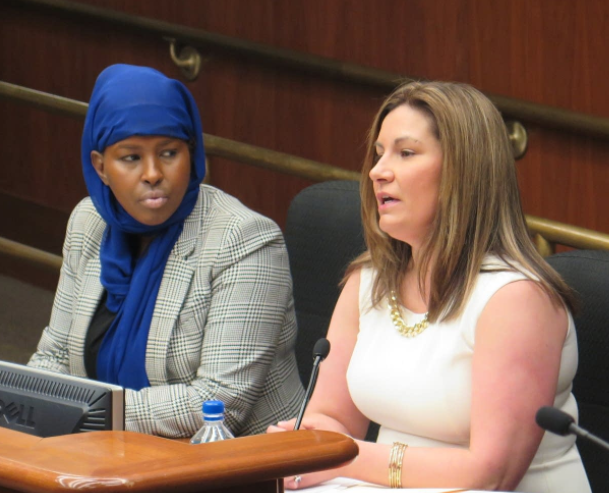 “My legs were tied each side. My hands were tied each side. I was blindfolded, and the ritual took place and it was painful. It was so painful I think I died or maybe I passed away,” Khalif recalled. “I don’t know what happened. But I remember waking back up, and I see blood all over the place.”

And awful as that sounds, that’s really only the half of it.  The law seems like a no-brainer, doesn’t it?

[“No-brainer” joke referencing Rep. John Lesch of HD 66A deleted – if only that were the problem].   Rep.  Lesch – representative from perhaps the least politically engaged district in the state, and a candidate for Attorney General – played for the cameras by…accusing Franson of playing for the cameras:

Despite bipartisan support for the bill, some Democrats suggested that parents could already be prosecuted without a new law…Rep. John Lesch, DFL-St. Paul, raised concerns that only Republicans had signed on as co-authors of the bill. Lesch said criminal law bills have traditionally been bipartisan.

The current law, to which Lesch and Somali DFL representative Ilhan Omar referred, makes abetting female circumcision a gross misdemeanor – like throwing a rock at a train.  Like, not really that much of a crime.

Several Republicans on the committee criticized both Omar and Lesch for questioning the motives of their colleague.

“This has absolutely nothing to do with the cameras in the room, with the headlines in the paper,” Franson said. “This is about saving children’s lives.”

With Lesch, and his bid for to Attorney General, it’s always about the cameras.

This needs to follow him through the AG race, assuming it actually gets to the starting gate.

5 thoughts on “More Or Lesch”