If you remember my “Twenty Years Ago Today” series from way back when, you may recall that one of the things that drew me to the Twin Cities, 32 years ago this fall, was the music scene.  While I had not the foggiest idea at age 22 what I wanted to do for a career (and happened back into radio by blind luck), I did know I wanted to be a musician.  And so the fact that Minneapolis had a thriving music scene in 1985 played as much into my decision of where to move after college as anything.

I’d been writing music like a madman ever since I moved to the Cities; between December of 1985 and the following Christmas, I probably wrote 60-70 songs, and probably cut demos of 30-40 of them on my Fostex X-15 four-track cassette deck. A Fostex X-15 tape deck. With it, a cheap drum machine , and a bass and my guitars, I recorded dozens of fairly elaborate demo tapes for the music I was writing like a madman at the time.

Eventually I worked up the nerve to take out an ad in the City Pages, and start an actual band.

That November, I found three guys.  That December – 1986 – we had our debut gig, and the old “McReady’s Pub” in downtown Minneapolis (where the Gateway parking ramp now stands).

And thirty years ago today, the gig that, ever so briefly, made me think like I’d made the right call, and might just be on my way.

The band was “Tenant’s Union” – and we’d gotten booked to play “New Band Night” at the Seventh Street Entry.

The Tuesday night gig was normally a dead end for bands; you got $20, and you played in the reverse order that the band showed up in.  We got there first, so we were the last band up -which ordinariy meant you just played for the dumbest drunks.

But this wasn’t just any night.

For starters, it was the day U2’s The Joshua Tree came out. Which didn’t really bear on the gig, so much – it was completely unrelated. However, I’d picked it up on my way to work at KSTP that day, and had jacked my brain up into an expanded level of adrenaline-soaked frenzy listening to “Where The Streets Have No Names” and “In God’s Country” and “Bullet The Blue Sky” all day.

So I was pretty jazzed.

Second – and much more important?

It was Saint Patrick’s ‘Day.

Part of that meant that half the band – a couple of brothers from a large family of 100% Irish descent – were on an emotional tear.

And part of it meant that “Boiled in Lead”, the legendary Twin Cities traditional Irish band – would be playing the main room.

Now, Boiled In Lead was a great band.  Indeed, they still are.

But I don’t care who you are, and I don’t care how Hibernian you fancy yourself or how much Guinness you drink or how much you say “ting” instead of “Thing” – people can only stand so much Bodhran drum and uilleann pipe music before they need a break.

And the only place to take that break that night was over to the Seventh Street Entry.

And so by the time we got on stage, the place was packed to its capacity. 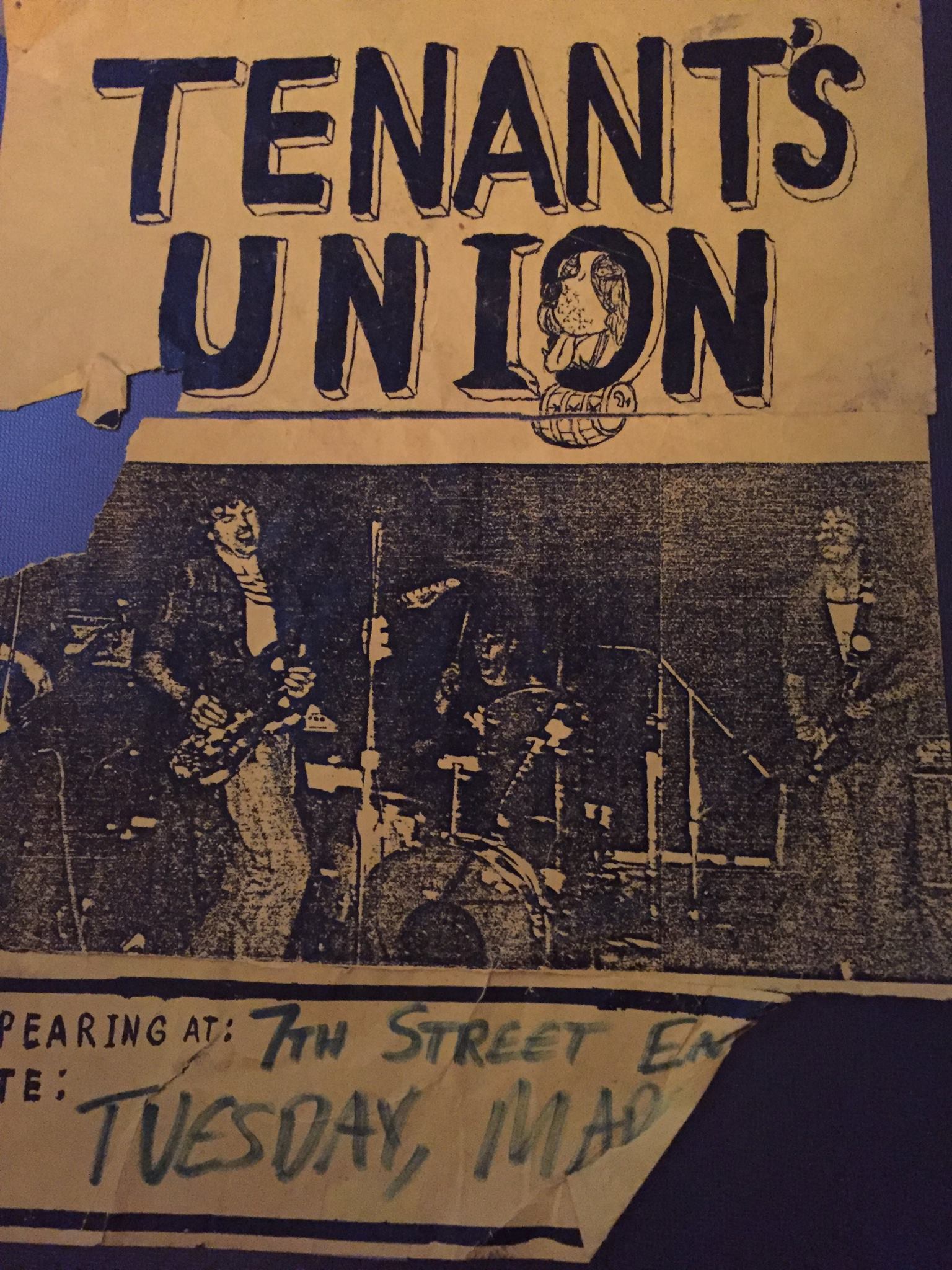 High-budget stuff, huh? It’s our poster for our Saint Patrick’s Day 1987 gig at the Entry. From left to right, it’s Matt on bass, Corey on guitar, WIlly on drums, and me over on the right on guitar, harmonica and occasionally keyboards.

I have no idea what that “capacity” was.  I’m sure the number has grown over the years; in my mind, there were a solid 200 people there that night.

It took me a bit, but I remembered the set list from that night:

And we were smokin’ hot.  The sloppiness of our first two gigs had been replaced by a fearsome tightness and confidence…

…although we’d still not gotten over the nerves entirely.  We played very fast that night.  Between the speed, the tightness, and the fact that we were very loud, some thought we were a speed medal or thrash band; some people started moshing out on the floor.

This I didn’t expect.

It was a spectacular success.  Musicians who saw us asked us to open for them.  Other bars started booking us.  People paid a little bit of attention.

It didn’t last – it rarely does.

The band soldiered on in one form or another until 1989 – and did a one-off gig under a different name in 1996, at the Turf Club.  Then came marriage, kids, careers, adult life.

There’s never much point in dwelling on the past.   But taking five to remember one of the highlights can’t be all bad.

Postscript:   One of the songs – our big finale, as it happens.  It’s a different band, here, but it’s basically the same song, all full of country-mouse chip on the shoulder and carpet-bombing “wall of sound” guitars that I put on that four-track cassette back in the summer of 1986.

And you might surmise there’s another musical project underway.  And you’d be right.

More on that later.

2 thoughts on “Bullet The Cement Sky”