I’ve been re-reading Modern Times:  The History of the World from the 1920s to the 1980s by the great historian (and former leftist intellectual) Paul Johnson. 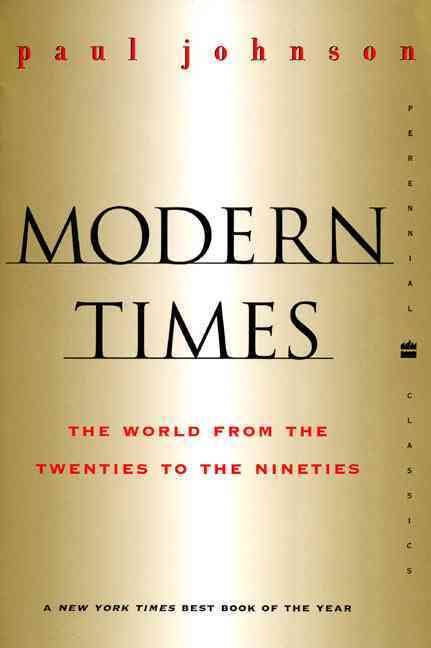 I highly recommend it for a sold re-grounding ni the history of the 20th century, including the century’s most noxious, toxic, and yes, evil impulses – the intertwined phenomena of Communism and Naziism, and the west’s initial bout of insanity – abandoning the great tenets of western civilization for the callow blandishments of “progressivism”, and the side effects that had.

And I was thinking – as bad as the sixties and seventies were, the current rot – of which Barack Obama was just a loud, friendly symptom – in many ways may be as bad as the intellectdual cancer of the thirties.

Along those lines, and reading just after the Berkeley “Yiannopoulos” riots, I found this quote – Johnson quoting Lionel Teilling, writing about the western lefts reaction to Stalin’s show trials in the thirties.  Trilling described…:

…an imposed monolithic government they saw the promise of rest from the particular acts of will which are needed to meet the many, often clashing, requirements of democratic society … they cherished the idea of revolution as the final, all-embracing act of will which would forever end the exertions of our individual wills.

In other words, the only thing worse than politics is the complete lack of politics.

Which you get, among other ways, by making politics too painful, risky and dangerous for those in “the middle”.