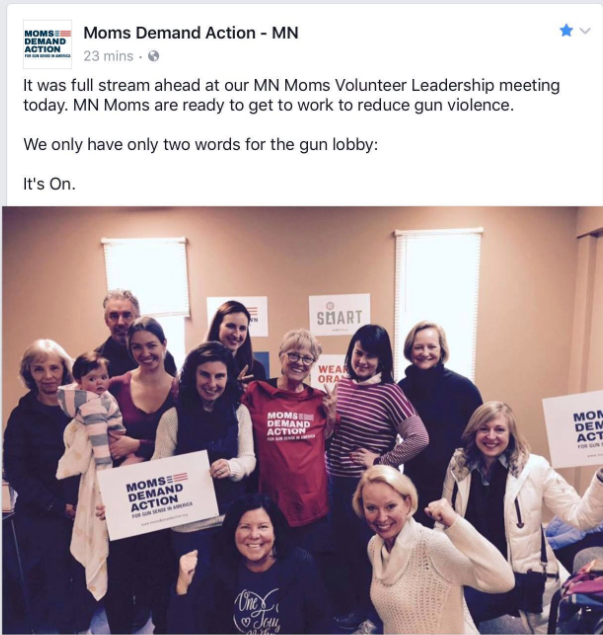 No, ma’am (including that “mom” with the beard in the back row on the left).  You’re wrong.

It was “on” on election night, when the plutocrat who owns your organization, Michael Bloomberg, spent nearly a million dollars in Minnesota.  To capture two seats (and lose several more ).

And even that’s not completely right.  It’s been “on” for thirty years.  Millions of Real Americans – men, women, black and white, urban and rural – started giving your boogeyman, the “gun lobby”, some actual teeth.

So go ahead.  Prance around at your “rallies” in the safe parts of downtown, and in Eagan in your Dreamsicle t-shirts.  Parrot the same lies the good guys have been shredding for decades just a few more times.  Get bored and walk away again.