A couple weeks ago, we noted that retiring representative Kim Norton who has pledged to carry a clot of gun-grabbing bills through the legislature this next session, has  asked for “a conversation about guns” on social media.

And then blocked everyone that disagreed with her, instantly and comprehensively (as have with all other Minnesota gun grab activists).

I asked her to appear on the NARN; she begged off, claiming to have not really thought about the issue all that hard (notwithstanding the fact that her proposals in various mainstream and social media have been pretty detailed).

But until then, we’ve got a hint as to her sympathies, via Twitter: 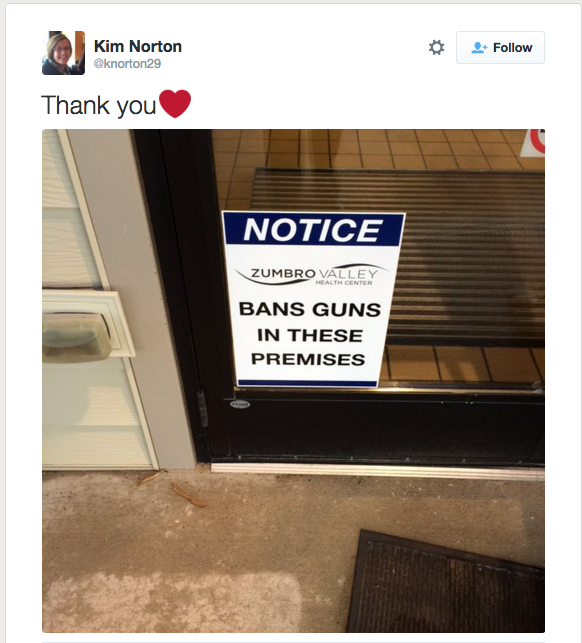 I have a hunch she’s going to book a week in Costa Rica during “Minnesota Gun Owners Lobbying Day” (MN-GOLD).

2 thoughts on “Just A Hint”