While legalizing firearm suppressors has gotten most of the attention this legislative session, I think the most vital part of the Public Safety Omnibus bill is Rep. Newberger’s “Katrina Bill”, which would bar the state government from confiscating citizens’ firearms during a state of emergency.

How important is this?  As we speak, in Maryland, the government is clamping down on the availability of ammunition… 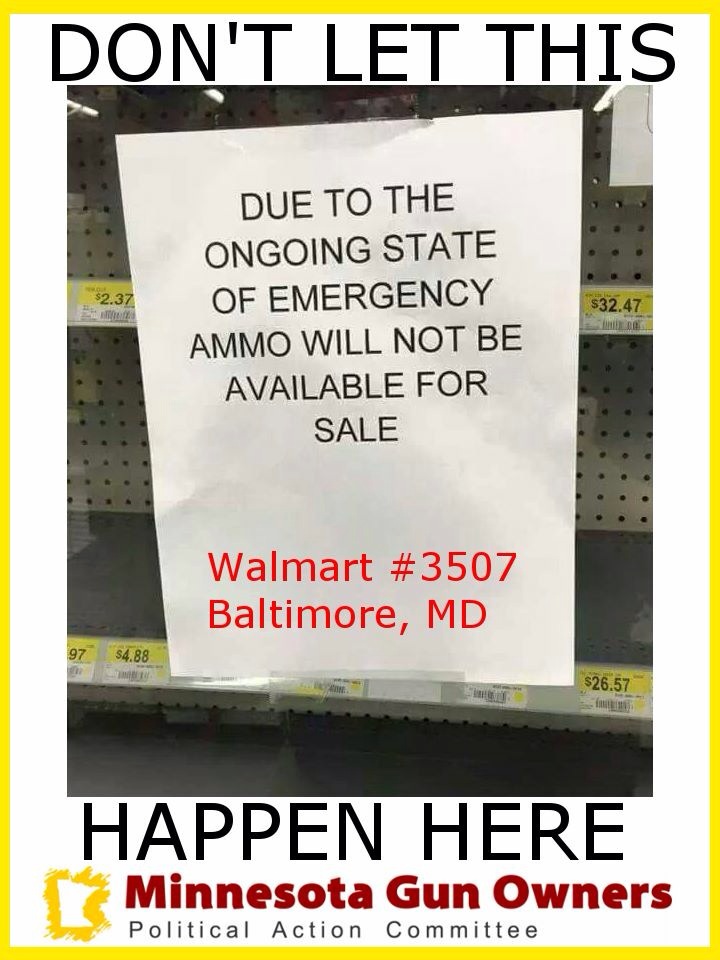 And a quick note to the “Minnesota” gun groups that advocate focusing only on “Constitutional Carry”; even if that were to pass, it wouldn’t affect state emergency powers.

This bill needs to pass.