I wrote this piece five years ago today.  I’m updating the dates, but leaving the rest pretty much as was.

It was 110 years ago today that Simo Häyhä was born?

Simo Häyhä was a pretty typical Finnish farmer – the kind of guy you can find in any small town in rural Finland or, for that matter, the Iron Range. He was born and grew up in Rautjärvi, a spot on the map off the west edge of Lake Ladoga, two miles west of the current Russo-Finnish border. Like most Finns, he did his year of military service in the mid-twenties, and went back to his real life – farming in the summer, hunting moose in the winter. He was, outwardly, a pretty unpreposessing man – he stood only 5’3, which is especially diminuitive among the statuesque Finns.

He was 34 when the Soviets invaded Finland. Häyhä was recalled to service with the Finnish 12th Division. The division held the Kollaa front, north of Lake Ladoga, and was quickly beset by four Soviet divisions and a tank brigade.

Kollaa was the Somme of the Winter War. The Soviets would charge; they’d get through the Finnish lines; the Finns would cut them off and kill them, or drive them back. And so it went, back and forth, for three whole months – virtually the entire length of the war.

Armed with a Mosin/Nagant M/28 – a World War 1-vintage Russian rifle that the Finns had reworked into a much more accurate piece (the Finns, a former Russian province, had retained their stocks of Russian-caliber, mostly Russian-surplus, weapons after independence) – and wearing homemade white camouflage, on his own cross-country skis, Häyhä stalked the forest. Unlike most of history’s snipers, he used only his rifle’s iron sights – he thought scopes forced the sniper to raise their heads too high, dangerously raising their profile. He was thorough about concealment – when he had time to prepare a position, he would compact the snow in front of him to avoid raising a small blizzard with his muzzle blast. He’d also keep snow in his mouth while stalking, to pre-cool his exhalation, avoiding the big clouds of steam that normally accompany heavy exertion in the extreme cold. Did we mention the extreme cold? The average temperature during the Battle of the Kollaa varied from “freaking cold” to “how the hell do humans live in this” – from -4 to -40, Fahrenheit.  In a three-month period – roughly 100 days – Häyhä had 505 confirmed kills. 542 if you count some unconfirmed ones. Some Finnish sources say it was closer to 800.

The Soviets called him “The White Death”. They tried everything to get him; countersnipers (they didn’t last long), concentrated volleys of anti-tank rifle fire (gunnies will know what they are; to a non-gunny, think “really big rifle desigined to penetrate a quarter inch of armor”), and finally rolling artillery barrages.

A week before the war’s end, on March 6 1940, a lucky shot from a Soviet infantryman caught Häyhä in the jaw, wrecking it and blowing of his left cheek. His comrades dragged him to the rear, where he began several years of recuperation. He got one of the very few battlefield promotions ever issued in the Finnish army, from Corporal to Second Lieutenant, in honor of his achievements.

The Soviets suffered 8,000 dead in three months in Kollaa; Häyhä alone accounted for nearly 10% of the total (and at least one of Finland’s other great snipers,Sulo Kolkka, claimed another 400 at the Kollaa; the two men between them accounted for over 12% of the entire death toll). On the list of the world’s greatest snipers, he’s not only the top of the list by a considerable margin, but he did it all in 100 days flat. 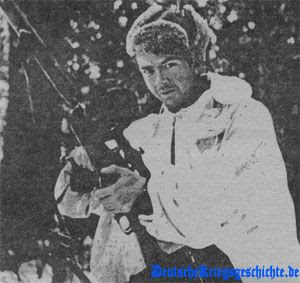 But Simo Häyhä was no movie action hero; he was a typical workadaddy hugamommy Finnish backwoodsman. He survived the war, and lived until 2002 in rural Finland, hunting moose and breeding dogs. He was bit of a national treasure in Finland.

Häyha, signing autographs not long before his death.

What can we take away from Häyhä’s story? That a little guy with a rifle can make a disproportionate difference. He stymied Stalin, just like a lot of American little guys with rifles (but whose preferred weapon is the ballot and the picket sign and the checkbook), outnumbered and outgunned and outspent, rhetorically stymie Nancy Pelosi and Richard Daley and the Democrats today. [2] 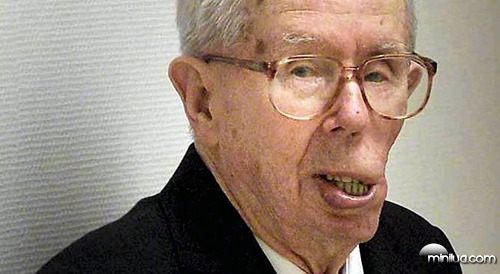 The damage to Häyhä’s jaw affected him the rest of his life. But he was a hero in Finland for nearly 70 years.

[1]What? You think I speak Finnish? Of course I made that up. But I bet I’m not far off.