It was 25 years ago today that Big Country’s The Crossing was released. 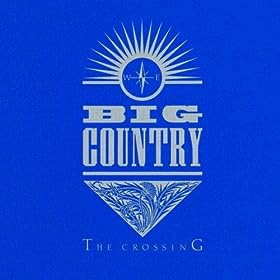 In America, Big Country has that “one-hit wonder” patina about them, which only goes to show that when it comes to music, too many Americans are ignorant clods.

While The Crossing‘s “In A Big Country” was, indeed, their only real entry into the Top40 in America, it’d be hard to overestimate what a blast of fresh air the album was about this time 25 years ago.

1983 was a great year in music; it was also the year that provided many of the decade’s musical punch lines; “Putting On The Ritz” by Taco, “Mr. Roboto” by Styx, “Safety Dance” by Men Without Hats, Kajagoogoo and Culture Club and Asia and Naked Eyes and Laura Branigan and not one but two Jim Steinman bombast-fests (Bonnie Tyler’s “Total Eclipse Of The Heart” and Air Supply’s “Making Love Out of Nothing At All”) duked it out with some of the great pop music of all time; “Little Red Corvette”, Michael Jacksons entire Thriller album back before he turned into a walking freak show.

Worse, some were declaring the guitar dead.  Articles in Rolling Stone said that the new wave (heh heh) of cheap electronic technology would finally euthanize the venerable analog stringed instrument.  It was the year Yamaha’s revolutionary DX7 synthesizer hit the market, bringing digital Frequency Modulation technology down to around $1,000 for the first time, making it possible for pretty much anyone (with $1,000) to create any sound they wanted, save it onto cassettes (or, for a few bucks more, floppy disks!), play it onto the first inexpensive digital sequencers and MIDI processors and “drum machines” and essentially run a “band” from ones’ keyboard. The future of music, said the wonks, was pasty-faced geeks with hundred dollar haircuts in flamboyant suits, pecking away at keyboards as masses of lobotomized droogs bobbed away in the audience.

Into this dismal future stepped Big Country – a band from Dunfermline, Scotland that mixed technical “wow” with actual fun (the Scottish football-hooligan atmosphere that accompanied their shows and appearances), they blew the knobs and faders off of the synth-wankers that glorious autumn. 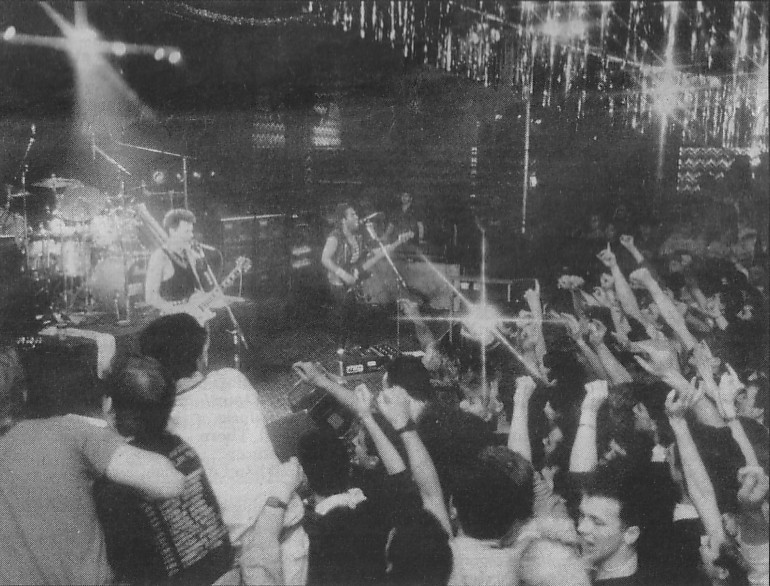 The band wrapped itself in “Scotland” but, ironically, none of the band’s members were native Scots; bassist Tony Butler and drummer Mark Brzezicki were from London, guitarist Bruce Watson was Canadian, and guitarist and singer Stuart Adamson was from Manchester (although he grew up in Dunfermline, and acquired his impenetrable accent for real).

The “wow” came partly from technology (really cheap technology, like the MXR Pitch Transposer and the e-bow, basically a hand-held electromagnet that acts like an electronic violin bow, giving a guitar infinite sustain), great guitars (the lads favored Yamaha SG2000s and Fender Strats) and clever engineering to wrench amazing impersonations from their instruments; they loosely modeled bagpipes, Irish fiddles, and all manner of supercharged traditional instruments which, combined with the Gaelic-y arrangements, roused talk of a “Celtic revival” in that year that also brought U2, the Alarm and Simple Minds to the charts.

And of course, there was great musicianship; Butler and Brzezicki were superb session musicians before Big Country; Adamson and Watson were excellent in a more restrained, controlled way. They rarely played power chords, sticking to carefully-orchestrated one-and-two-note patterns over their carefully-built sound-setups to create a distinctive, loud, joyful noise.

Nearly every song on the album was a keeper:

They never really had much impact in the US after this; they only charted with one more single (“Wonderland“, from the next year, one of my favorites) which peaked at #86, while Steeltown, my favorite Big Country album, barely dented the album charts in the US (it debuted at #1 in the UK), while the marquee single, the spectacular “Where The Rose Is Sown“, a Falklands War protest of sorts, didn’t show up at all.
I think I spent sixty hours over my “interim” period in 2004 (my college was on a 4-1-4 system – January was spent on one, all-day class for the whole month) learning how to play and imitate every single song on the album. I had the bagpipe thing figured out, anyway…

Adamson, after years of fighting alcoholism,  committed suicide in December of 2001.  Watson, after years of knocking around in various projects, works as a tester in a shipyard (and appears in various revival bands, including re-formed versions of Adamson’s old classic Scots punk band The Skids).  Butler is a college music teacher; Brzezicki is still a session drummer.  The band attempted a reunion last year – but it got hung up in court.

I’m gonna down a Newcastle and break out the SG in honor of the anniversary.

9 thoughts on “The Crossing”