When you’re a conservative, distrust of the media – like most large institutions – is part and parcel of the job.

You probably accept that, for whatever reason – from systemic bias to cultural confirmation bias to being paid off by George Soros – that the media has a comprehensive bias toward the left.

And you notice it on some issues more than others.   For example, you notice that anti-gun groups – for example, “Protect Minnesota”, led by Representative Heather Martens (DFL – 66A), a woman who has never, not once, uttered a substantively accurate or true original statement about guns or the Second Amendment – gets breathless, slavish coverage from the Twin Cities media, whose mania for “balance” obscures, in their coverage, the fact that the pro-Second-Amendment movement includes thousands of actual activists, while Martens’ group and the other antis muster…

…well, Martens and about a dozen of her pals.

And it doesn’t take a political rocket scientist (?) to notice that while their groups have virtually no electoral clout, Martens is apparently a big enough cheese among DFLers on Capitol Hill that she gets treated like, well, a Representative herself.

So after the hearings broke up last night, I watched who went where for a bit.

After he got done with the media, Rep. Paymar lit his afterburners and ran for the bleachers to meet Representative Martens and Jane Kay from Action Moms: 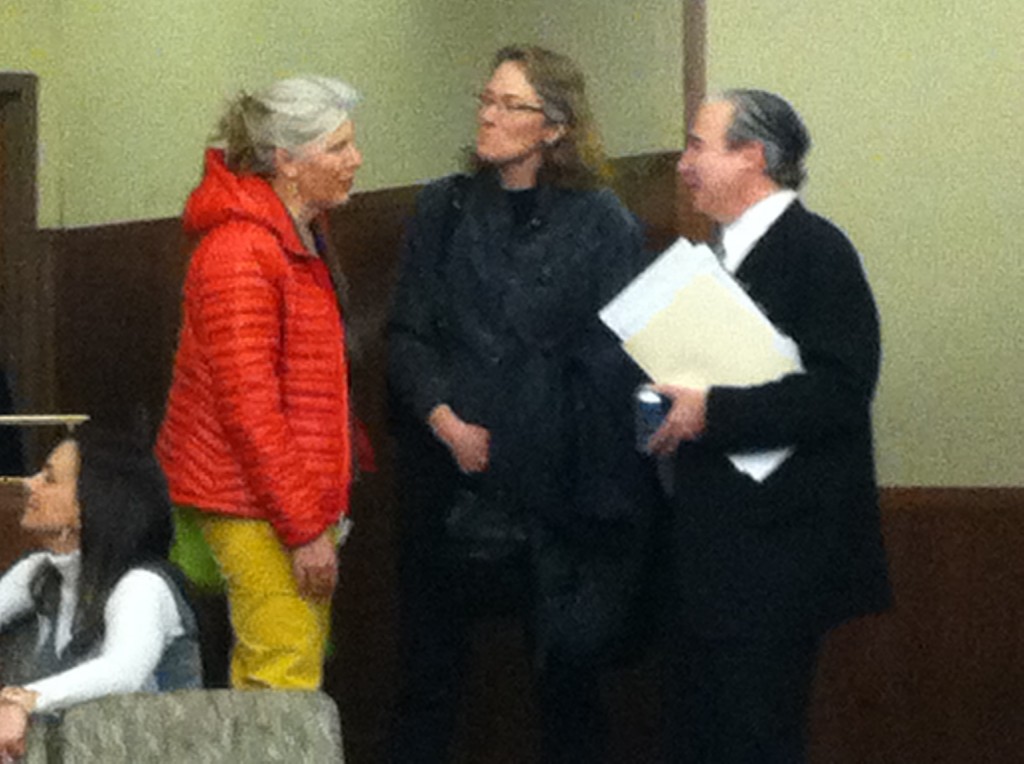 Kay, Martens and Paymar, talking about how much clout they have when those Million Moms finally show up. Someday. Honest. 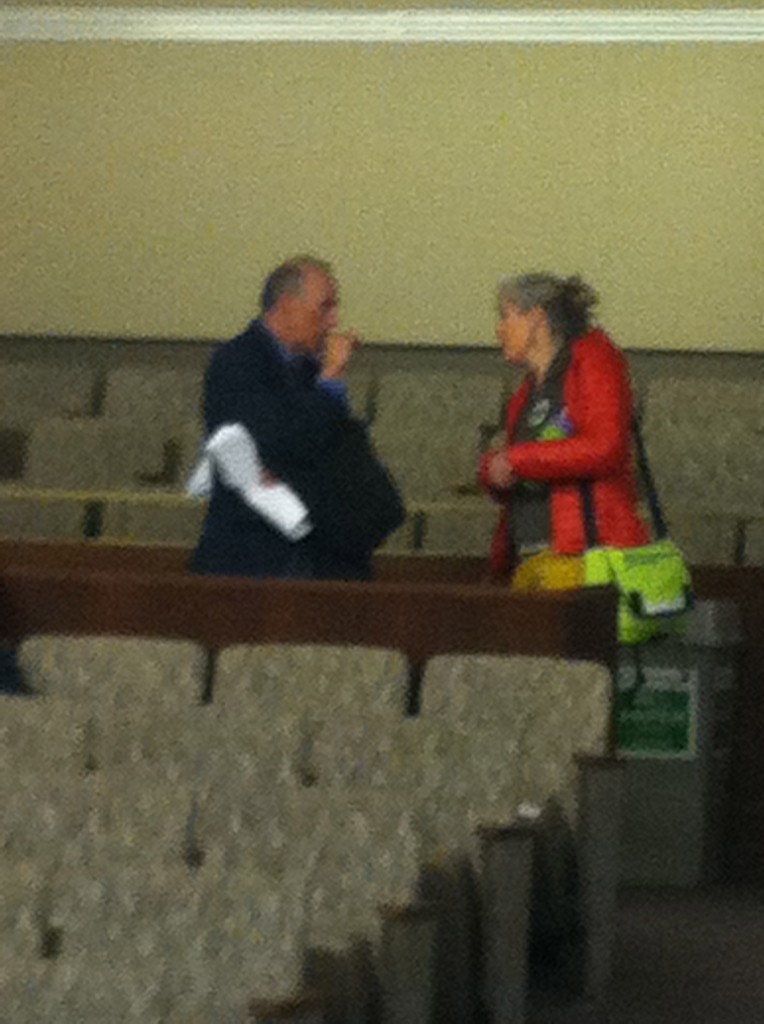 Hey, maybe his story about last night won’t be pre-written!

And at the end of the night, you had pretty much every anti-gun activist in town gathered with the DFL PR coalition: 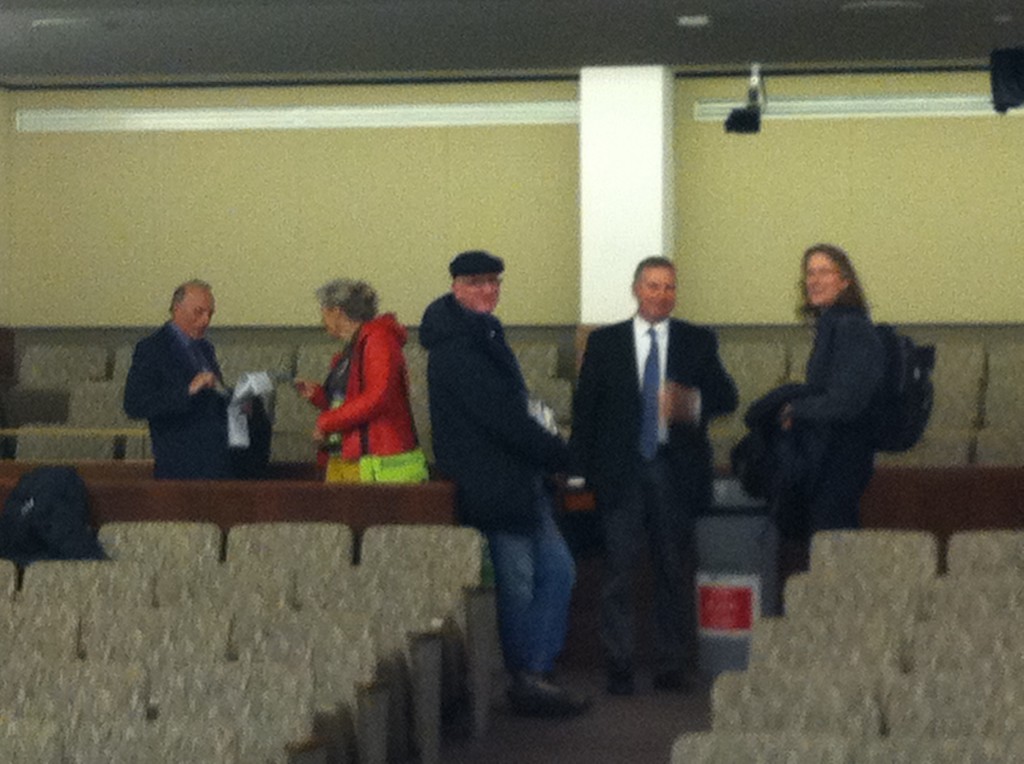 Grow, Kay, Nick “I’m Not The DFL’s Monkey” Coleman (from “The Uptake”), a staff guy and Martens talking, presumably, about what a bunch of wingnuts their opposition are.

Us gunnies? We had the fun down front: 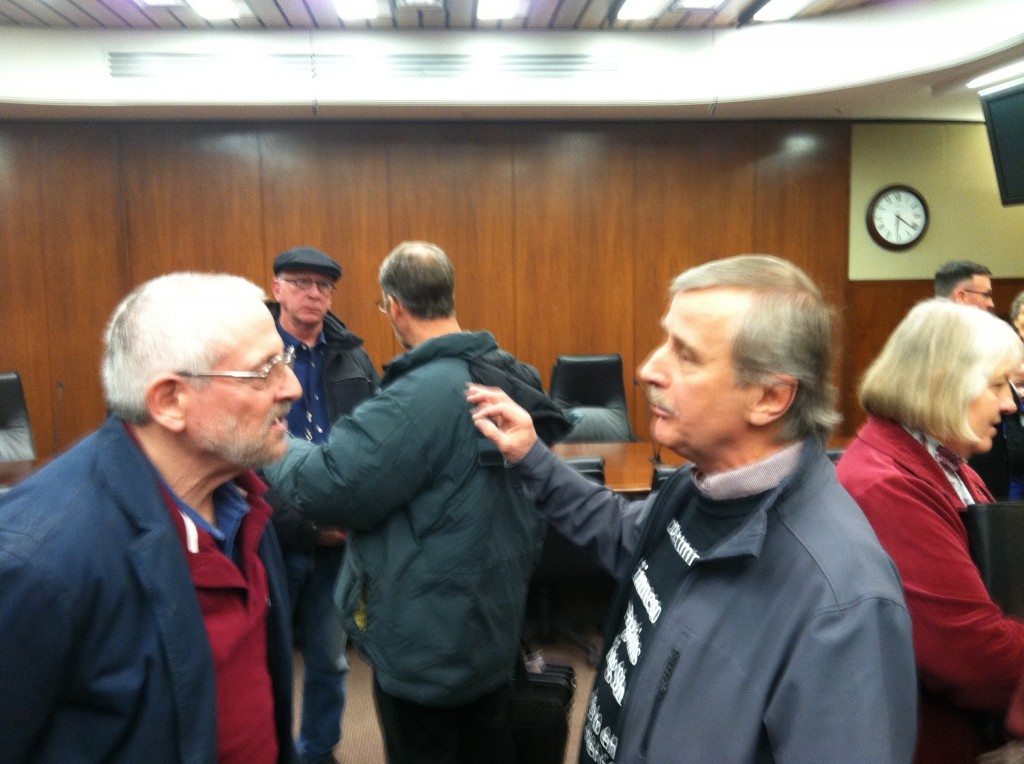 Second Amendment attorney David Gross mixing it up with an anti who claimed we should “learn our history”, that firearms confiscation had nothing to do with the Holocaust. The anti, by the way, reportedly had walked up to the child of one of the GOCRA members in attendance and said “You’ll grow up to be a better person than your father” at a hearing last week. These people ooze class, don’t they?

Same as it ever was.  Back next week.