Back during the glory days of the Tea Party, we – the good guys – were famous, among other things, for leaving the sites of our demonstrations cleaner than they were when we arrived.  It was a bit of a point of pride…

…especially when compared with the rat-infested rape camps of the media darlings of the “Occupy” movement. 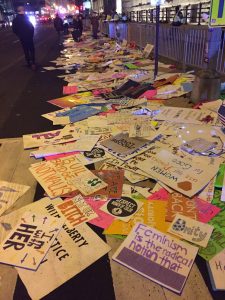 Not sure where this was taken – i got it off social media – but on a deeper level, it doesn’t matter. The “protests” of the Big Left are all centrally planned, and are about as regionally unique as McDonalds’ french fries.

6 thoughts on “When Narratives Are Relentlessly Reinforced”