…while ignoring what they actually do.

That’s what the Minnesota DFL would have people do on most “ethical” issues.

DFL legislators with guns in the house pushing anti-2nd-amendment legislation?  Par for the course.

Decry racism and preach “diversity” and “inclusion” out of one side of your mouth, but prey on the ignorant racism of too many DFLers out the other side and several other orifices? You expected what?

…paid for with “dark money”. 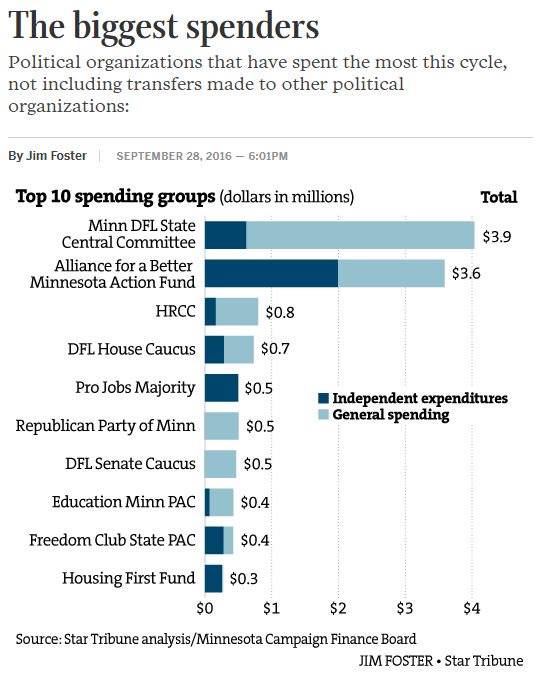 So let’s let this sink in:  while jabbering at the ignorant about “dark money”, DFL-affilated groups have spent 3.3 million (not counting the half-million from the MN Chamber of Commerce, which is often falsely called pro-GOP; its policies have largely been moderate-DFL for the past six years) in “dark money” out of the over nine million they’ve spent so far.   The DFL-affiliated groups have spent over double in “dark money” what all of the GOP affilated PACs in the top ten have spent all together.

Pass the word to your less curious friends.  And your DFL-leaning friends.

But I repeat myself.