It’s that gun. The weird one that looks like some propmaster built it.

You know the one. That one. 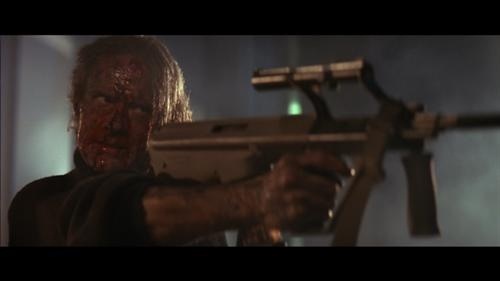 …that blazed away at John McClain on the roof of the Nakitome Building. 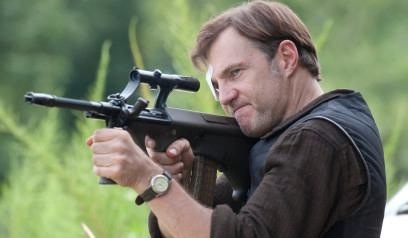 …all foreign and threatening-looking (moreso than regular assault rifles, even).

It’s the Steyr AUG (Armee Universal Gewehr, or “Universal Army Rifle”) – and its’ even more space-age than it appears in the movies.

Developed in the seventies by Steyr-Mannlicher Arms in Austria, the AUG was an attempt to build one gun to fit just about every need an army has for firearms below the company level.

By simply changing out the barrel, the bolt and bolt carrier, and the magazines, a single AUG can switch between being a squad support light machine gun, an infantry rifle, a short carbine, or (with pistol-caliber components) a submachine gun.

It’s not just a space-age toy and movie prop, of course; it’s the issue rifle of the Austrian, Australian, New Zealand, Irish, Argentinean, Saudi and several other armies – as well as the main battle rifle of the US Immigration and Customs Enforcement service, keeping America safe from the invasion of contraband duty-free booze or whatever the hell ICE does other than watch the border.

The biggest thing to get used to is that it’s a “bullpup” – the magazine is mounted behind the trigger and pistol grip. Which means that when you’re shooting it, the chamber is right next to your cheek.

Not to say that I thought much about it when I finally got a chance to shoot one, at the Bill’s Gun Range “Shooter Show” last month; the adrenaline of getting to bust off a few caps with an AUG took my mind off the fact that there was an explosion with 40,000 PSI of pressure going off inches from my head, not 6-12 inches in front of me like a regular assault rifle.

I didn’t think about that ’til afterward.

Three things I did think as I shot it?

Hot Hot Hot: During shooting? That little folding vertical foregrip is a nifty feature for holding the gun on target in rapid fire (I shot a semi-automatic version) – but you’ll notice that it leaves nothing between your off-hand and the barrel.

Which gets very very hot after 100 rounds or so! 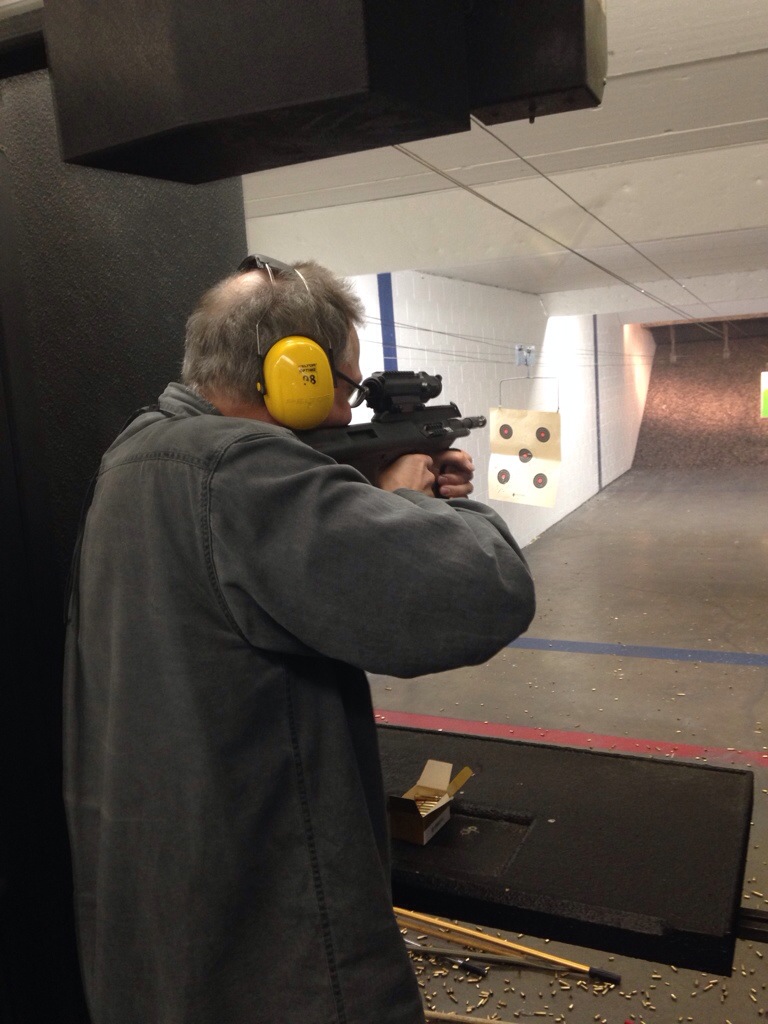 My friend from high school, Mark, shooting an AUG at Bill’s last month.

High And Tight: The bullpup configuration makes it a very compact piece – which means your stance is a lot more closed than with a conventional rifle, even a small one like an M4-pattern carbine. That makes shooting it feel more…up close and personal?

Tactical:  It was the first time I’d ever personally fired a gun with a modern tactical scope – which is an important accessory on a piece with such a very, very short sighting radius.  Not great for precision point-shooting (there are other scopes for that); excellent for putting lead into paper in a big hurry.  I can see what the fuss is about.  C’mon, tax refund time.

How to describe it?  There is no way not to feel like a paper-shredding animal shooting the AUG.