“Poligraph” reporter Catherine Richert was “fact-checking” statements from the GOP and DFL about the state budget.  She quoted Governor Dayton:

You know,[the wealthiest] were paying the higher rates during the 1990s when President Clinton was in office, and we enjoyed boom years in the states. We had the highest real per capita family income in 1999 than we’ve had in our history. Since then, we’ve dropped almost 9 percent from that high in the aftermath of the Minnesota tax cuts in 1999 and 2000, and also the Bush tax cuts in 2001 and 2003.” – Gov. Mark Dayton”

You don’t have to be a economist, or even a conservative, to understand where this is wrong.  You merely have to be somewhat curious, and care a little bit about history.

Dayton made this statement in response to a question about Republican concerns that a state tax increase on the wealthiest to close the budget gap, which has been a priority for Dayton, and the expiration of the Bush-era tax cuts on the federal level would hurt the state’s economy.

Dayton was arguing that their logic is flawed because tax cuts don’t always correspond with a strong economy.

Well, no.  Governor Dayton was correlating prosperity with a causation, higher taxes and a Democrat president.

Now, I’ll give Catherine Richert the benefit of the doubt; as a self-styled “fact-checker”, she’s hobbled by needing to refer to other “Fact-checkers”, the WaPo and the woefully-misnamed “Politifact”, whose institutional bias in these matters is itself a fact:

It’s true that the wealthiest paid more in federal income taxes during the Clinton years. Clinton raised the top marginal rate from 31 percent to nearly 40 percent. It also happened to be a time of strong economic growth, partly because of Clinton and George H. W. Bush’s broader fiscal policies, which lead to lower interest rates and lots of activity on Wall Street, as reported by the Washington Post and PolitiFact.

Well, if the WaPo and Politifact say so.  The paragraph itself shows the extent to which MPR’s reporting on the subject is based on the major media’s narrative; those “broader fiscal policies” involved a very pro-business climate, tax hikes notwithstanding.

Richert, the WaPo, Politifact, and Governor Dayton glossed over – or didn’t know – the larger historical causation for the correlation:

As stated, it was a strawman; of course tax cuts don’t always bring prosperity, not by themselves.  And tax hikes don’t always gut the economy – provided the other fundamentals are working.  In the nineties, the other fundamentals of the economy – energy, capital, investment climate, relative levels of regulation, fairly conservative legislative branch, world markets – were humming right along.

That is just not the case today.

Correlation does not equal causation.  It’s a maxim of logic.

But not of “fact-checking”:

George W. Bush slashed those tax rates; Minnesota lowered its tax rates around this time, too.

Assuming Dayton is talking about the national decline in real household income – real per capita family income doesn’t exist – it’s true that it took a 9 percent nosedive after 1999, according to data from the U.S. Census Bureau.

But not as a result of the tax cuts.

Which was what Dayton’s statement – intended as red meat for the low-information voter that is Dayton’s main constituency – insinuates.

I’ll give Richert’s “fact-check” a grade of “Obtuse”… 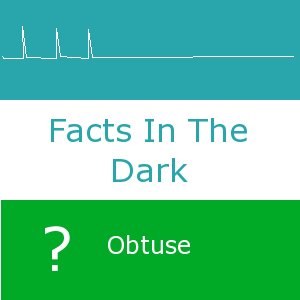 …for taking dubious “Facts” from discredited and biased “fact-checkers” to studiously avoid assailing an illogical and factually and historically void narrative by Governor Dayton.

BONUS:  John Gilmore at Minnesota Conservatives also tags Richert for some fairly incurious reporting on the Campaign Finance Board.