Yesterday, we talked about the complaint filed with the FCC by Dr. Bill Gleason, world-class researcher, and The Late Debate, a talk show at plucky little FM station “Hope 95.9” in Ramsey hosted by Jack Tomczak and Ben Kruse, and about why the complaint was of no merit. 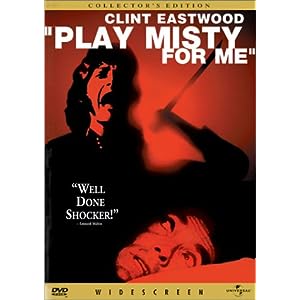 I’m predicting that the complaint gets ignored and politely rejected, sooner than later, because nothing in the complaint involved any are over which the FCC has jurisdiction.  The complaint spoke of…:

If I were a betting man – and I’m not – I’d bet money that this complaint will be politely but completely rejected in a few weeks.

Of course, the general manager of a radio station is not paid to be a betting man.  A GM’s main job, before all of that “get ratings’ and “turn a huge profit” thing, is to protect the station’s FCC broadcast license, which is the station’s reason to exist.

And when the subject of “FCC complaints” comes up, General Managers get justifiably skittish.  And the management at Hope 95.9 reportedly are being skittish.  They’re not (I’m going to guess) big-market talk-radio management, with lots of experience at dealing with everyone from crazies to well-organized special interest groups leaning on them over every stance every host takes.  They run a little Christian station in the north ‘burbs.  I know nothing about them, but they remind me of the management I grew up working for in North Dakota – very sensitive to any feedback they got from the community.  Anyway – they’re reportedly leaning toward telling Tomczak and Kruse to apologize to Gleason.

This is a mistake.

It’s imperative that broadcasters follow the rules.  But nothing in Gleason’s complaint referenced anything that the FCC has jurisdiction over.   And while every married guy in the world knows that apologizing for things you didn’t do is common sense in a marriage, it makes less sense for a broadcaster; it devalues the rules and the process for enforcing them.  It means every bully who doesn’t like being portrayed as a bully will get it in their heads to scamper off to the FCC when someone stands up to them and puts the story on the air, on the flimsiest and most facile of pretexts.

Which is what Gleason is doing.

If it were my station – and it’s not, and I have no financial skin in the game, so my opinion is worth exactly what you’re paying for it – my response would be something along the lines of…

Thank you for bringing this matter to our attention.  While we realize that you may have been offended by our broadcasters’ remarks about you, nothing in the broadcast violated any FCC rules.

If you feel you’ve been harassed, you need to contact the police.

If you feel you’ve been defamed, you need to contact a lawyer.

If you are offended by Mr. Tomczak’s portrayal of you (leaving accuracy aside for the moment), or the language he used in his Twitter exchange, you need to take that up with Twitter, and with Mr. Tomczak directly.

While we do not seek to gratuitously offend any listener, you have complained of nothing for which this station or Mr. Tomczak are legally liable to the FCC.  Therefore, while we regret any perceived offense, we must decline your request for an apology from station management.  As none of your grievances with Messrs. Tomczak and Kruse relate to FCC offenses, we will not be directing them to apologize to you.

I thank you for being a loyal listener.

Again, it’s not my license.  But if management is considering knuckling under to Gleason’s spurious complaint, I hope they reconsider.

If you’re a Late Debate fan, it might not hurt to give the station a polite, to the point call to support ’em.

12 thoughts on “Play Misty For Me, Part III: Static”