A couple of gun-grabber groups scheduled a protest over the weekend.

The plan was to picket the Minnesota “NRA Office”. 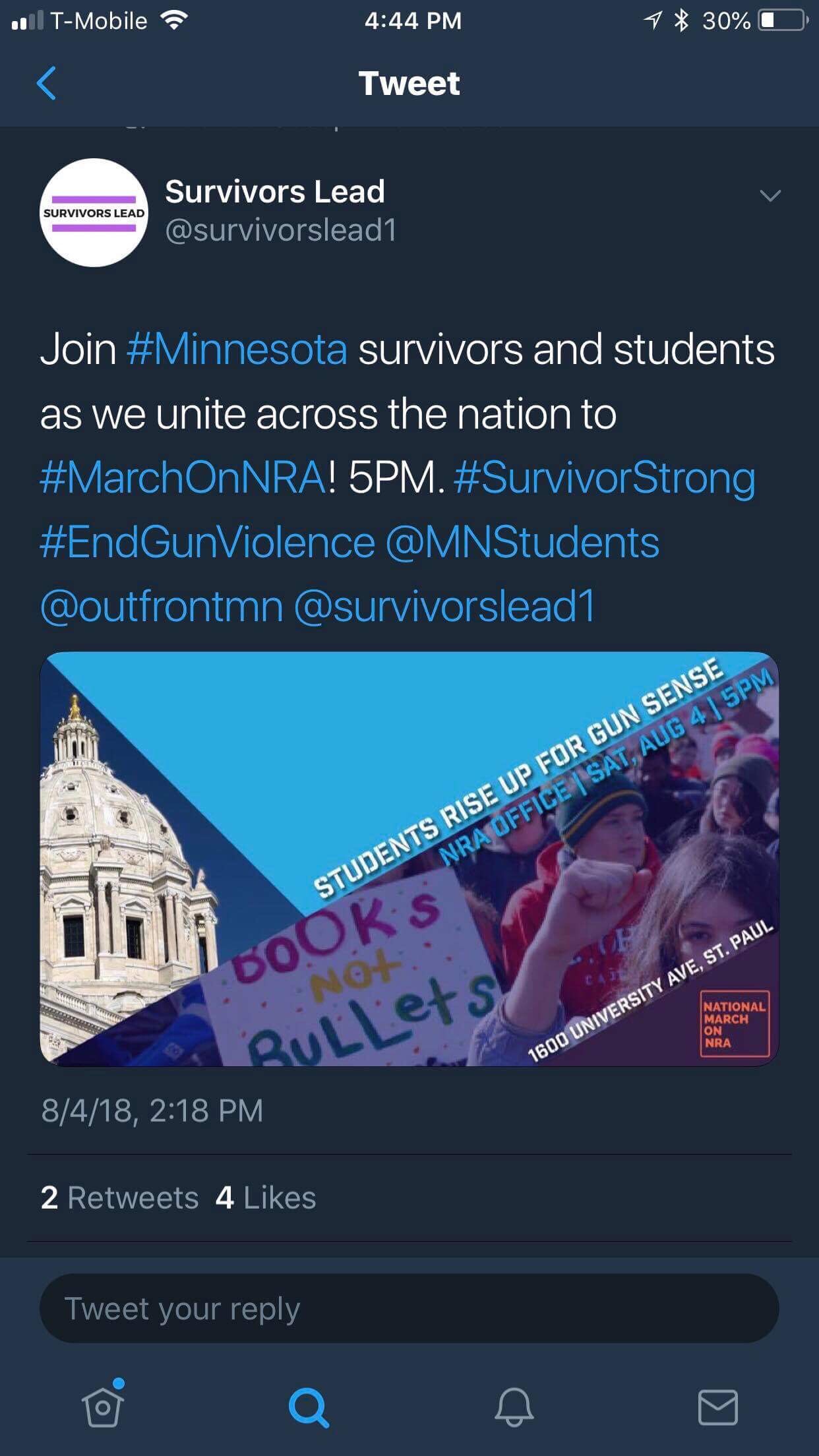 On the one hand, I say “protest away”.  Especially the groups involved in Saturdays plans – the David Hogg-affiliated student group, and “Survivors Lead”, a new-ish gun grabber group made up of people who found “Protect” MN too sober and rational.

But whatever side of the issue you’re on, whatever your sympathies, there was one…er, flaw with the protest plan: 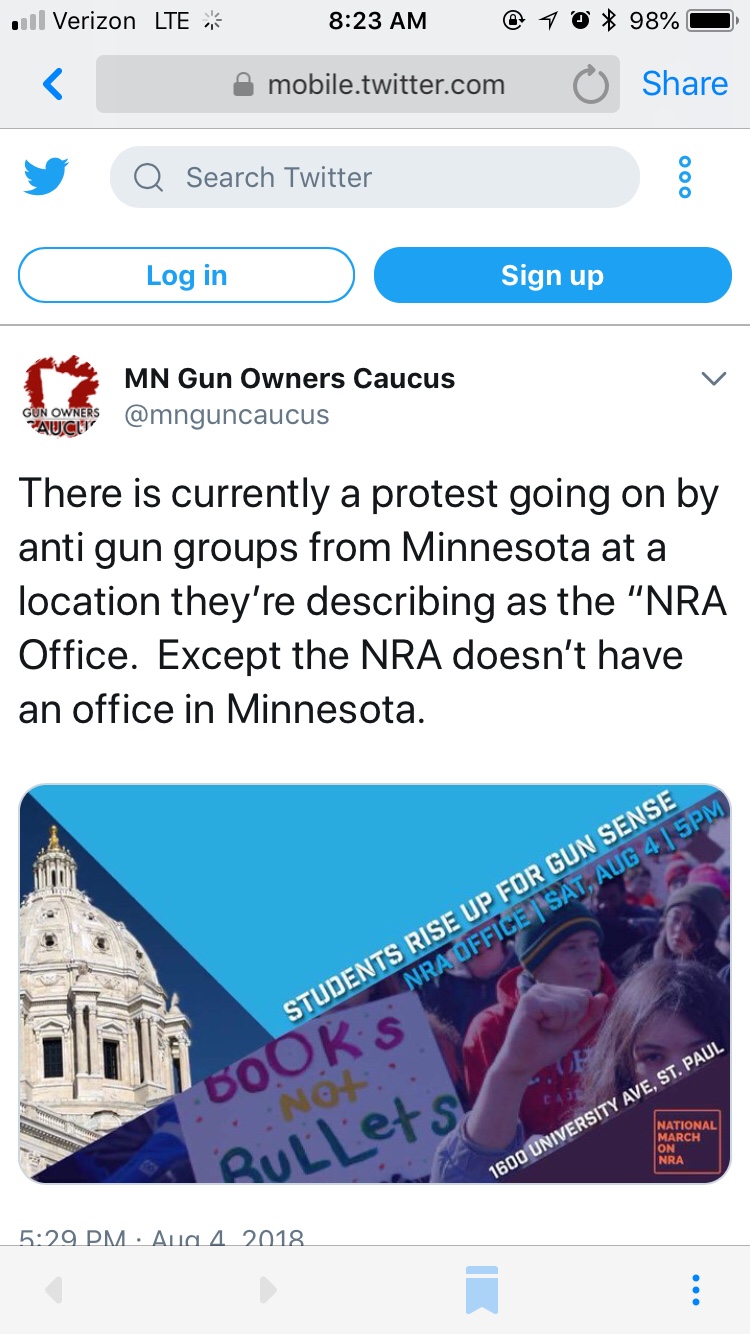 Oh, not to say that one of the event’s “organizers” didn’t try to defend the plan: 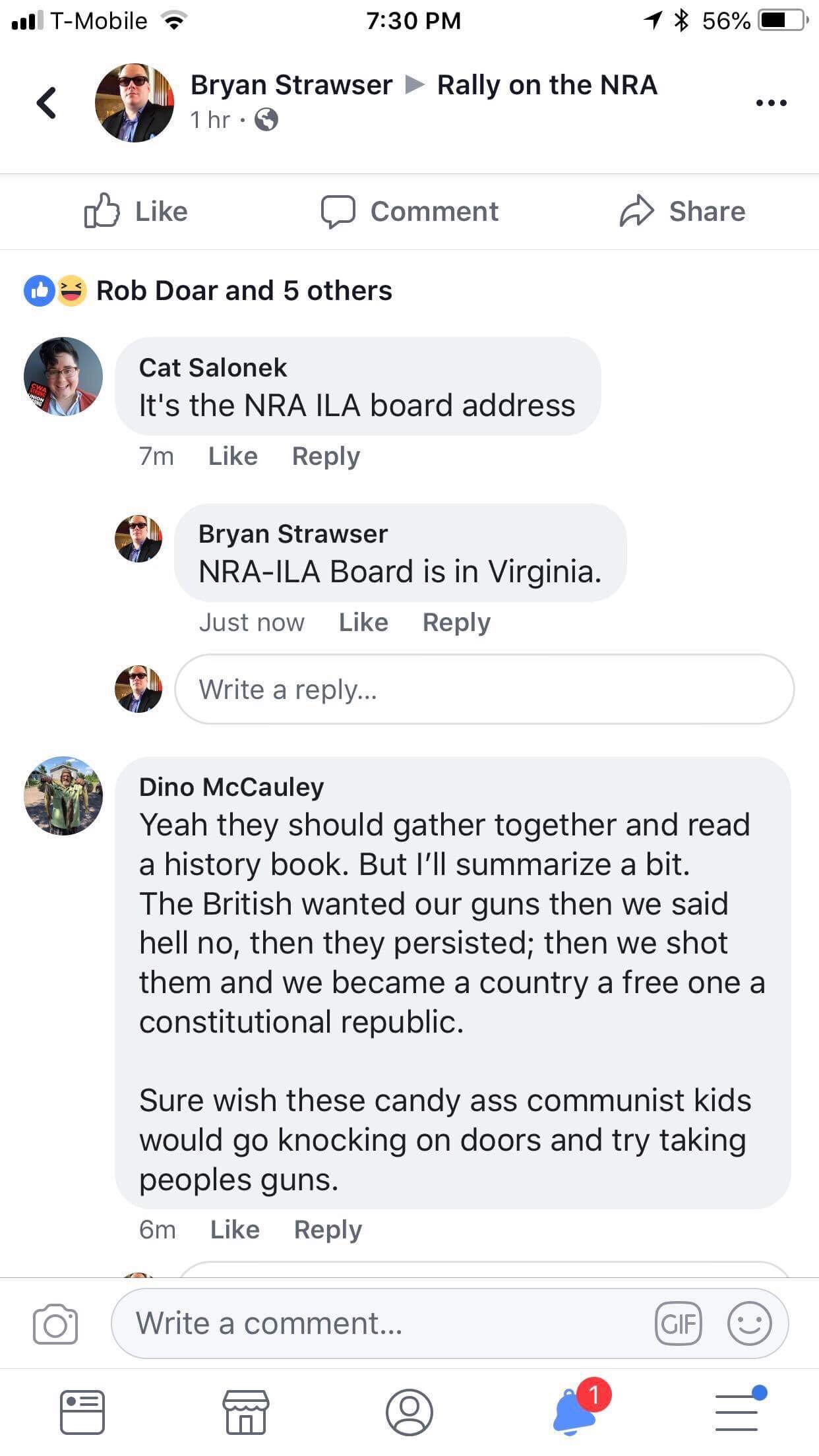 And let’s be honest – when you’re in the echo chamber, all that echoing sounds pretty cool: 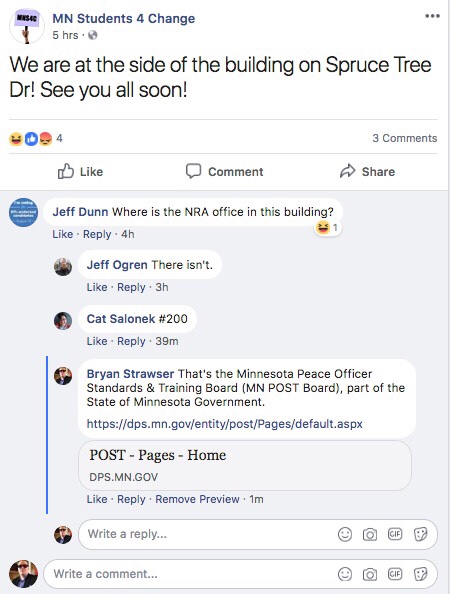 Thing is, what the “students” and their adult wranglers had done was go out to the NRA website, and apparently find “Locations”.

And saw that Suite 200 at Spruce Tree Square was listed.

Without bothering to read the link that the office was actually the Minnesota Peace Officers Standards and Training office – specifically, an office that administers a federal program allowing retired law enforcement officers – the ones that most of your gun grabbers think should be the only ones with guns – to get carry permits.  The instructors for the permits are certified by…well, the NRA.

So – is it a wonder they can’t research the law, history, statistics or current events, when they can’t even click a link to find out what’s in an office?