I’m going to be doing a special Northern Alliance Radio Network this weekend. 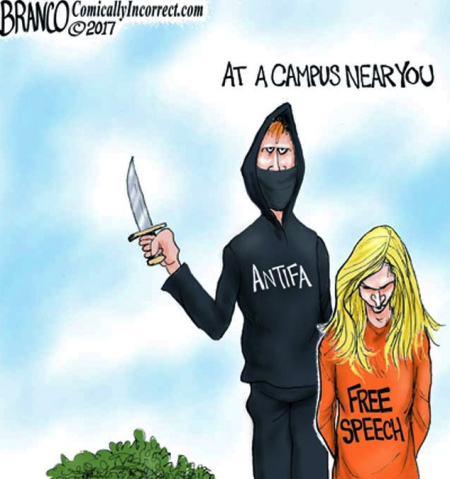 I’ll be doing a show about “Anti”-Fa, the self-styled “anti-fascist” thugs who are, in point of fact, worse – more violent, more toxic, more corrupting at this point in American history – than the “facists” they pretend to “attack”… 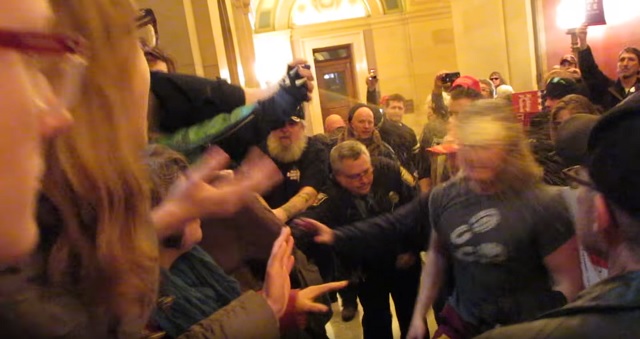 Upper-middle-class pansy maces Republican in the rotunda at the Capitol last March. The offender – just pled guilty and allocuted to the fact that he intended to attack a defenseless group of people. This is “Anti”-Fa.

…when they’re not attacking their usual prey; workadaddy, hugamommy conservatives, Republicans and Trump supporters going about their peaceful business.

Remember – their line is “punch a Nazi” – but then, pretty much everyone they disagree with, including at one point yours truly, is a “Nazi”.  And so, by the way, are you, if you get in their way in any way.

I’ll be talking with Preya Samsundar of Alphanews – who was attacked at an “Anti”-fa even last spring – and Jonathan Aanestad, who was among those attacked at the GOP rally last March at the Capitol.

Blackshirts patrolling the streets looking for free speech to pummel.

The goal?  To completely dismiss and debunk the idea that “Anti”-Fa is any better than the Klan or the Neo-Nazis, and to take to task anyone that thinks otherwise.

Join us from 1-3PM on Saturday.  Hopefully, nobody will punch you for listening, but I can make no absolute guarantees.

12 thoughts on “When Making Your Weekend Plans”