On issue after issue after issue, the left’s messaging strategery seems to have changed to “pummel the public with inflammatory, scaremongering lies; the votes of the gullible, the incurious, the demented and the un-bright count the same as the votes of smart people, and are easier to secure”.

Focusing on the 2nd Amendment “debate” – it’s the one I read most constantly – the evergreen example is “Stand Your Ground laws allow people to KILL people because of the way they’re dressed”.

It’s balderdash, as we’ve explained in this space over and over.  The smart people know this.  The dumb people…

…are the intended customer for that particular lie.

With that in mind, New York’s junior machine apparatchik Kirsten Gillibrand has sounded off with a level of perspicacity reminiscent of Betty McCollum: 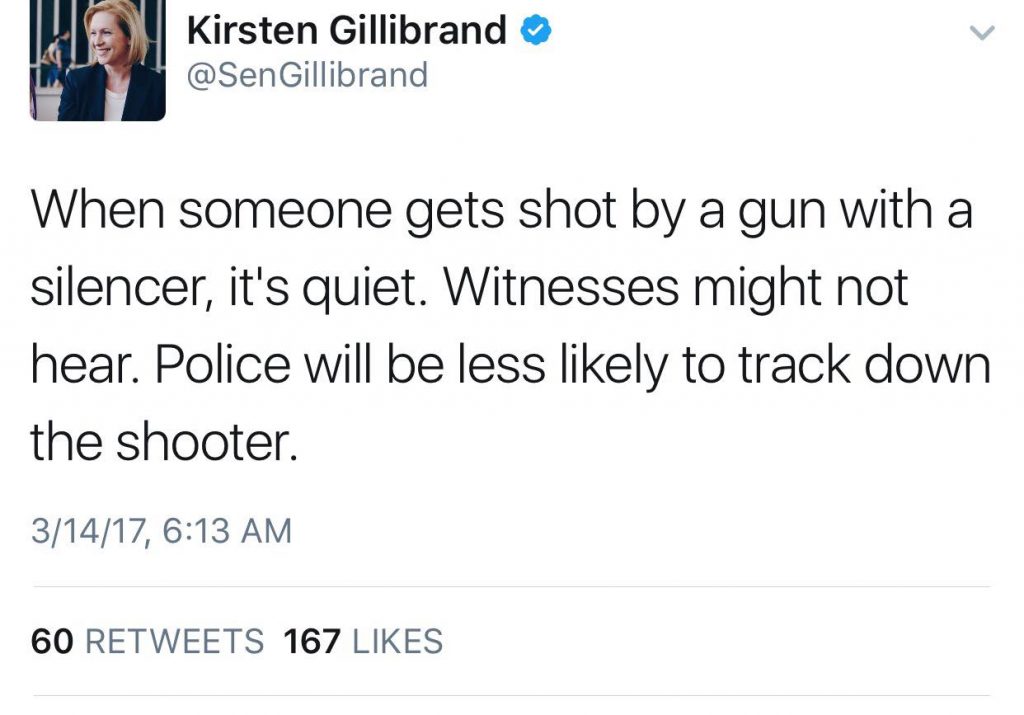 I was going to say “someone’s been watching too many “Miami Vice” reruns” – but that’d be too charitable.  While most liberals (and some Republicans) start out dumb on the gun issue, and some don’t get smarter (McCollum, ibid), it’s not like these hamsters exist in a vacuum.  It’s not like some NRA lobbyist, somewhere, hasn’t made Senator Gillibrand aware that silencers are far from silent.

Which means one of two things: Sen. Gillibrand is incurious about anything that doesn’t comport with the narrative she’s been given by her superiors, or she doesn’t care, and passing the narrative is the only goal.