Levi Strauss and company has opted to make their stores criminal-safe.

Moms Want Action is all tingly about it – which, of course, means royalties for stock photo vendors!~ 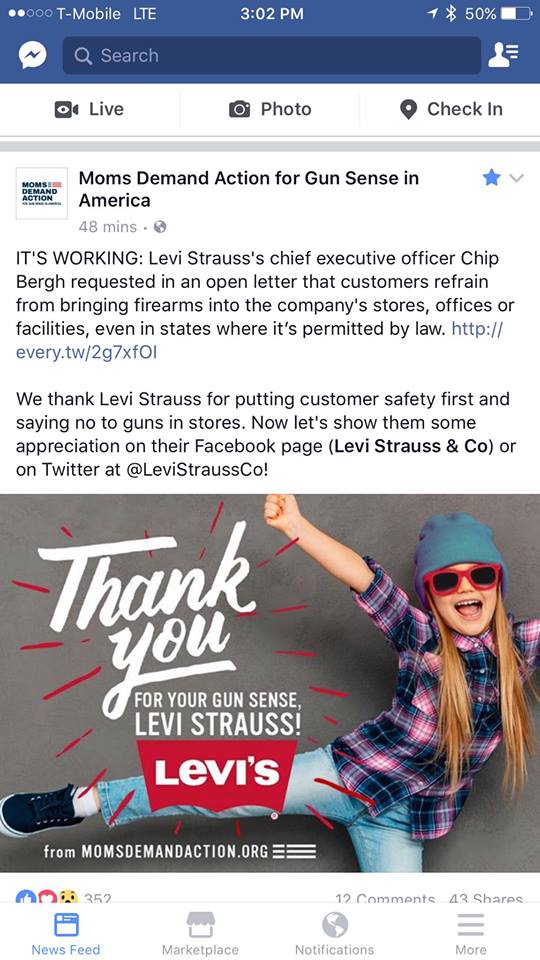 Know how you can tell it’s a stock photo? Because the model is 40 years younger than any female in “Moms Want Action” .

To be honest, I haven’t bought Levis in years; for the same money, Duluth jeans are much much better, and given their clientele, they’re way too smart to post their stores.

But if you’re so inclined, drop Levi Strauss a line.  Their Facebook page is a good place to send a message.

11 thoughts on “They Tend To Be Shoddy Anyway”