Downside:  in a culture where short-attention-span games are replacing sports in the public consciousness, it goes without saying that a lot of people who really don’t get baseball were really watching it for the first time.

This photo caused a tempest in the teapot of vacuity that is Twitter: 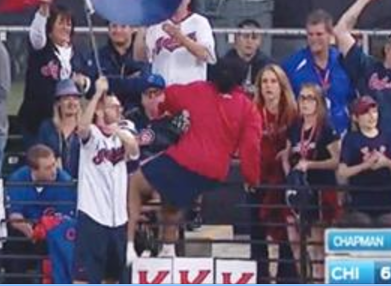 The sign says “K K K” – which you know, if you grew up keeping baseball scorecards, means three strikeouts.

Bring on the tempest: 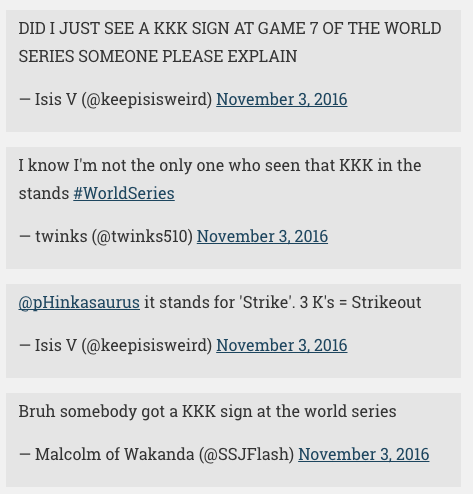 And people wonder why we have a choice between a racketeer and a blowhard for President this year.