After being the targets of a whooole lot of Bloomberg spending (and a few Dreamsicles pestering them), the Savage City Council last night dealt a humiliating rebuke to Moms Want Action, Everytown, and Bence’s Biddies, refusing to even take up a proposed gun store ban within city limits.

Thanks to the efforts of the Scott County GOP, local activists, and members of the Minnesota Gun Owners Caucus & PAC, the Savage City Council discussed – but made no motion to move forward – with a ordinance restricting gun stores in the City.

This is a HUGE VICTORY for gun owners across the state.

I love the smell of burning stacks of Bloomberg cash in the morning.

Oh, yeah – I’ve written about Minnesota Gun Rights in the past.  It’s the Iowa-based group that raises lots of money, doesn’t do much actual work in Minnesota, and claims credit for others’ work.

And now, just claims others’ work; after the Savage City Council decision, they lifted the MN Gun Owners Caucus’s lede word for word: 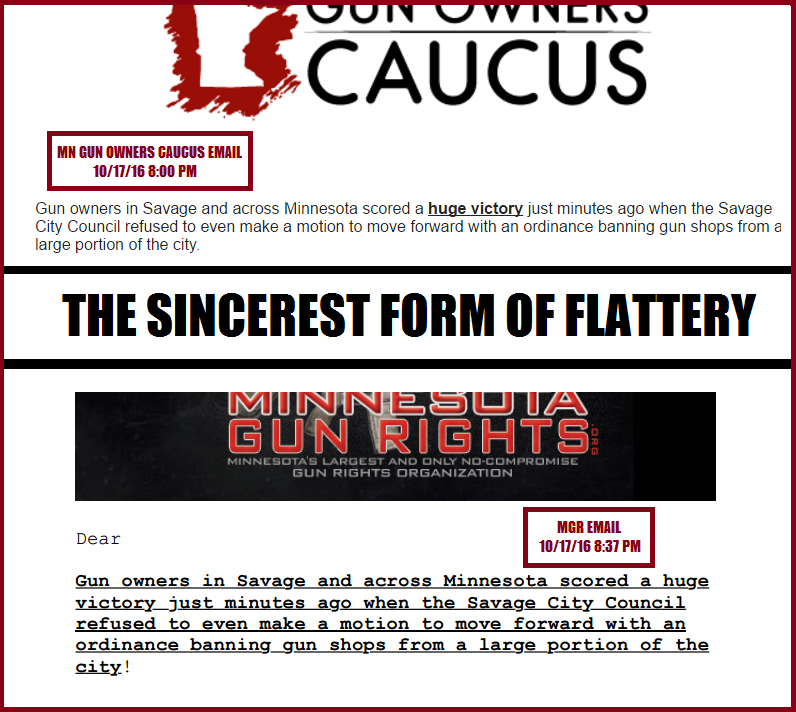