While I don’t support Black Lives’ Matter Twin Cities’ strategy or leadership, I don’t doubt for a moment that black people have every legitimate reason to protest against perceptions of excessive police violence…

…while noting that the loudest calls for more police in neighborhoods like the North Side of Minneapolis, the lower East Side of Saint Paul, and the North End come from…

…black and other minority residents, who are the main victims of crime in those neighborhoods.

I also will not pretend to be qualified to judge the violent demonstration that broke out Saturday night in Saint Paul – although Governor Dayton’s statements on the Castile shooting were deeply stupid.  I do think that the subtext of these protests is to try to drive everyone to one extreme or the other – to “Frame” them, in Alinskyite terms.

WIth all that out of the way?  Here’s the mug shot gallery of those arrested at the Black Lives Matter protest on Saturday: 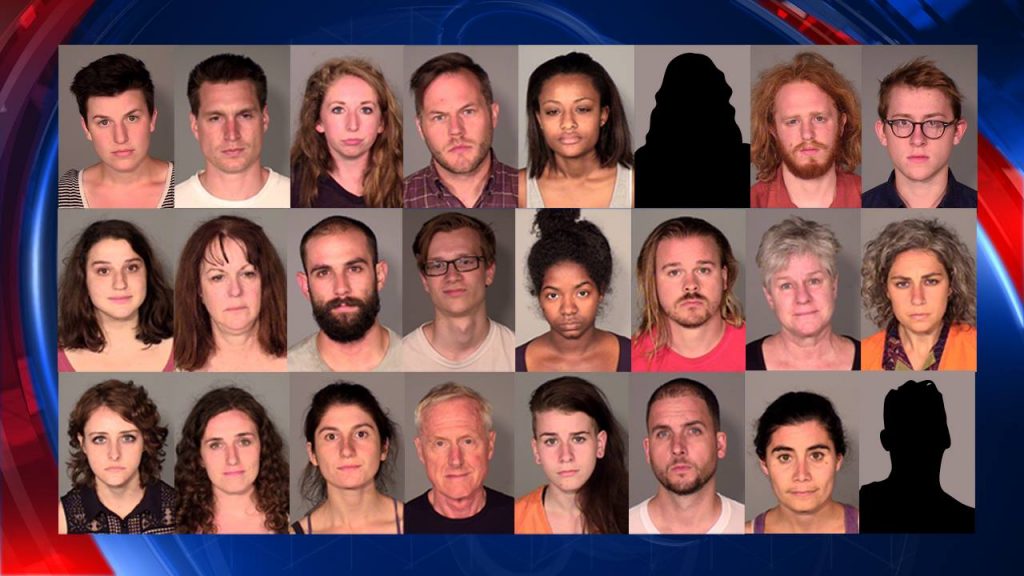 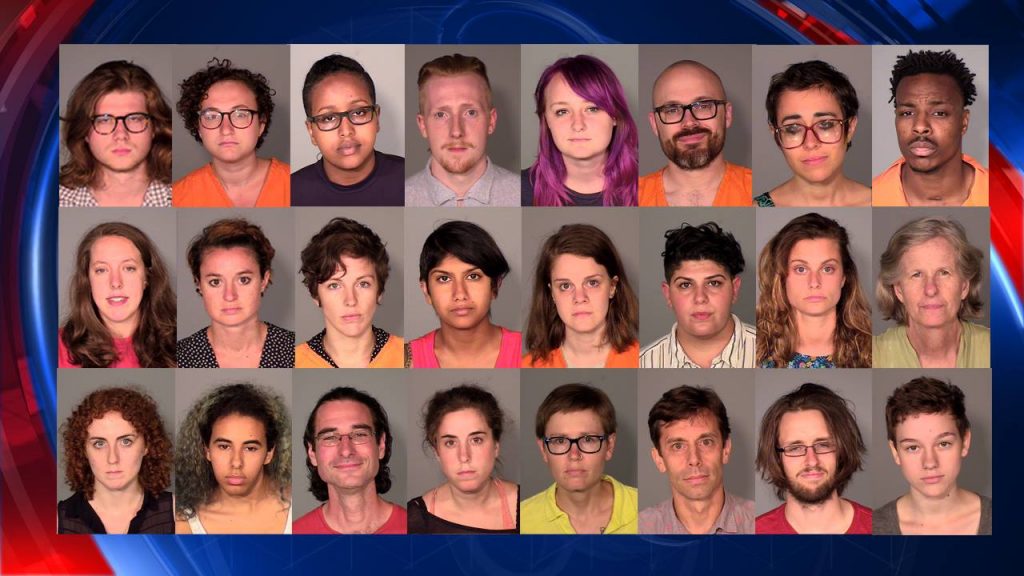 I’m shocked – shocked, I tell you – to see that all but five of the 46 arrested were visibly annoying, Whole Foods shopping, oil-belching-Subaru driving and/or cargo-bike-up-Snelling-At-Universty-at-11PM riding, non-profit-“working”, amateur-“Professional-Protester”, Sanders-voting lilywhite hipsters.

They say you can’t judge a book by its cover, of course – but then, I won’t beg forgiveness, since what are these protests but judging all humans by skin color – for and against?