Tuesday, while participating in a dog and pony show for a Gabby Giffords visit to support gun grab legislation that was dead weeks ago in the legislature, Ron “I Went To Harvard.  You Do What Harvard Is”” Latz introduced things with eleven seconds of distilled fabulism.

Courtesy of MNGOC, here it is:

As befits a DFL / Minnesota Left statement about guns, the Second Amendment, gun control and gun owners, it’s a lie.

Because remember:  their motto is “Lie First, Lie Always” 1.

Minnesota is in such a “gun crime crisis” that the gun murder rate has dropped to its lowest level in decades.  In fact, if you leave out DFL-strangled North Minneapolis, with its Baltimore-like murder rate, from the state figures (a third of the state’s murders happen in Near North), Minnesota has a murder rate half that of Norway.  Competitive with the rural west. 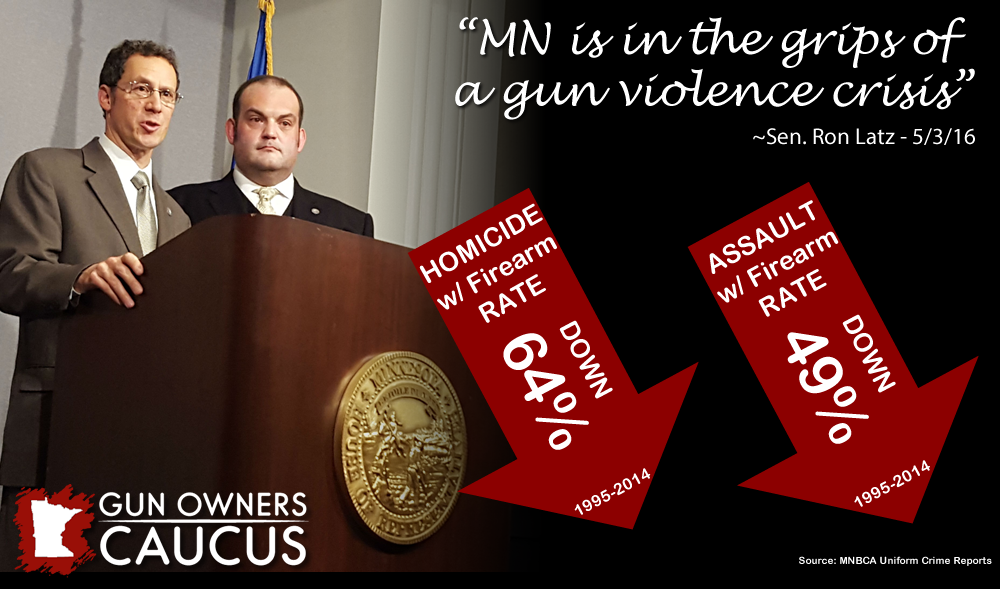 And except for the DFL-addled inner cities, it’s continuing its drop, as the number of carry permittees in Minnesota rockets toward and past a quarter million.

1 Well, no – it’s not literally their motto; they didn’t pick it.  I wrote it for them.  But they observe it in every particular.  Every time.  And it’s been keeping this blog in material for years.