I went – very, very briefly – to the rally at the Planned Parenthood in Saint Paul over the lunch hour yesterday.   It was hot and clammy – so humid the air seemed to congeal into little clumps of atmospheric sweat.

I didn’t even try to count the crowd; it was in the hundreds: 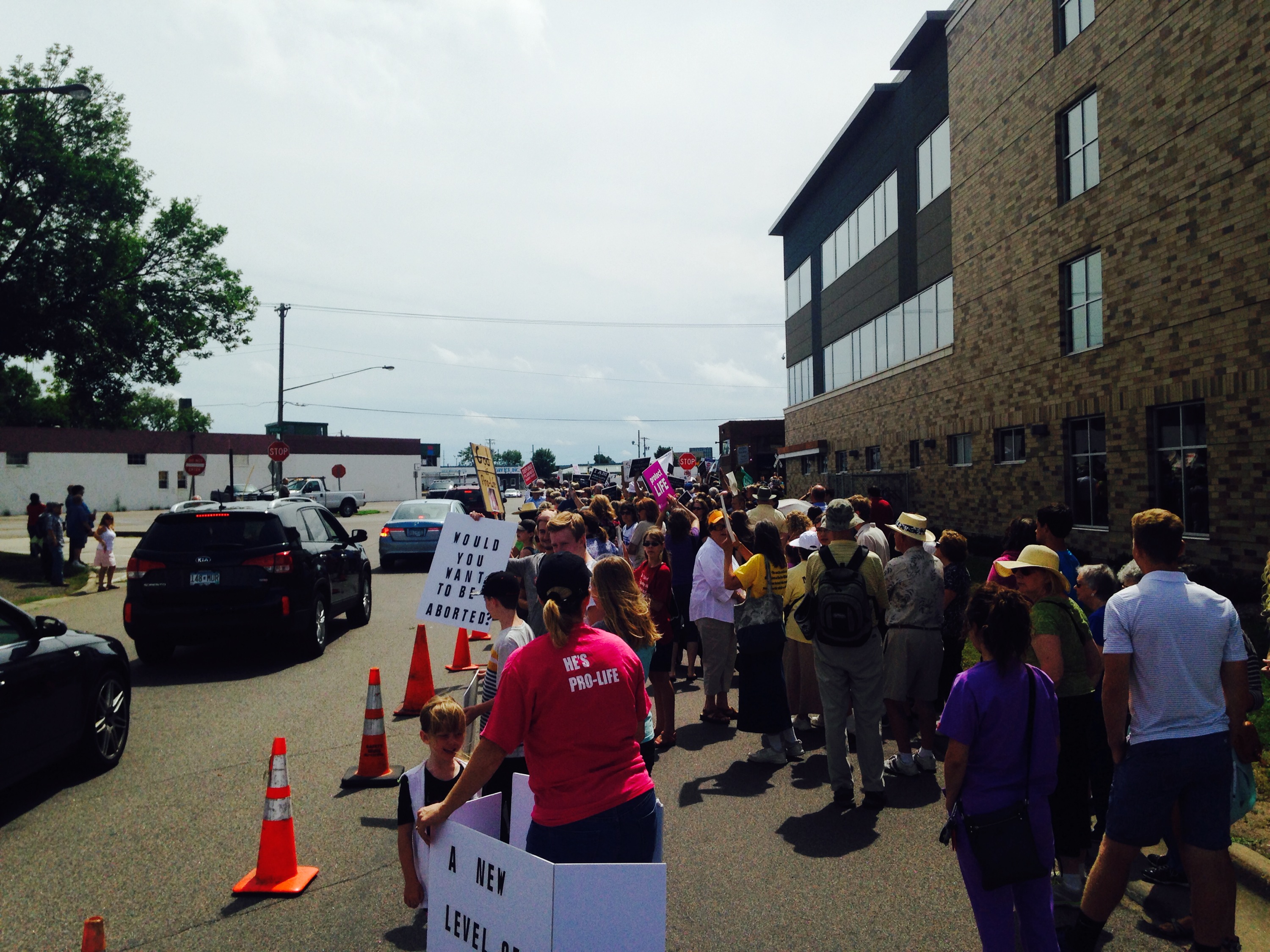 More below the jump.

The crowd was jammed onto a one-lane “free speech zone” (my term) on one lane of Charles Avenue. 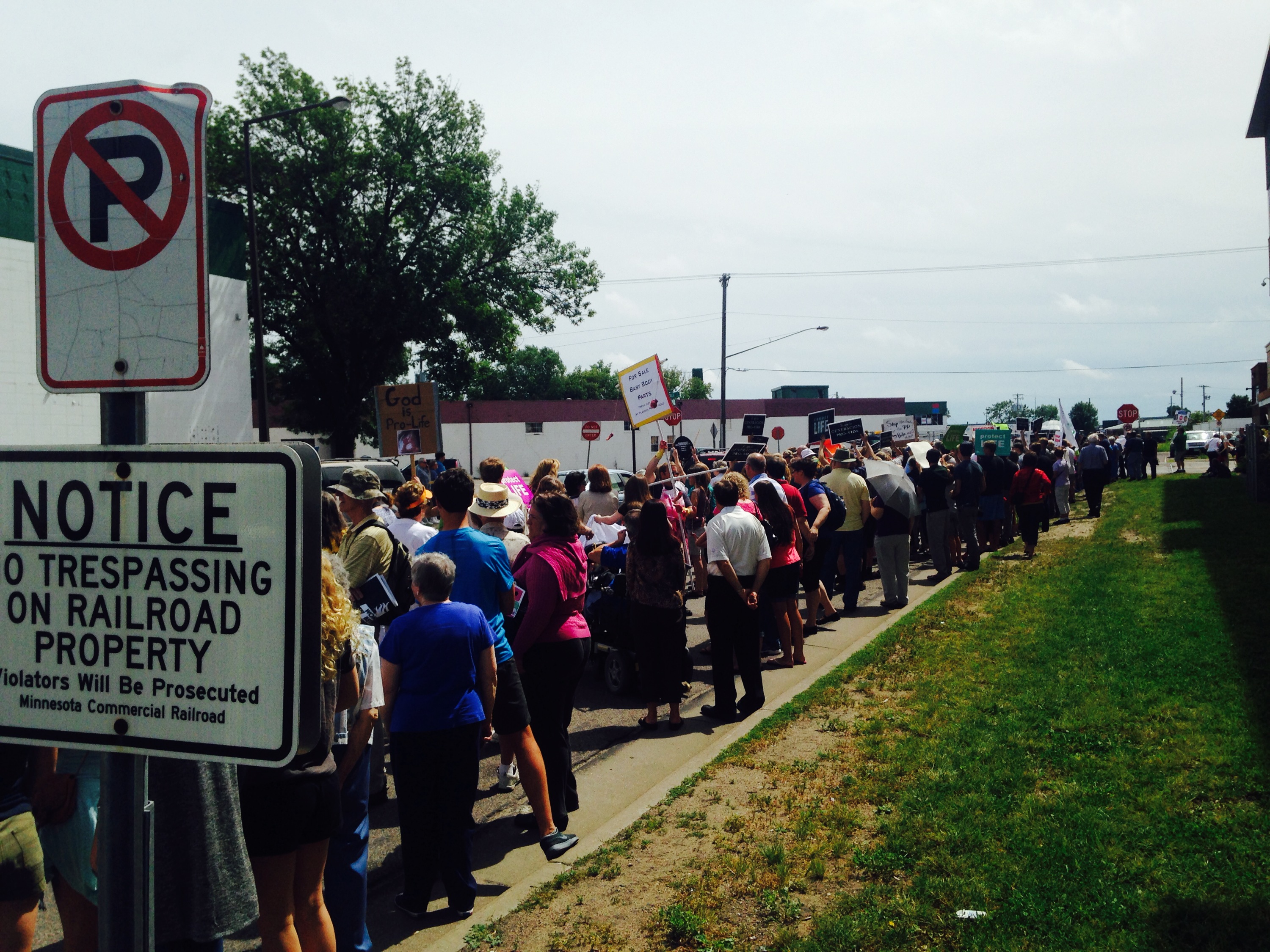 The cops were very diligent about shooing people off the grass and out of the shade, loudly threatening to cite anyone who tried to get out of the sun. They exhibited a concern for what they called “private property” that I don’t recall during, say, the RNC in 2008.  In the one-party city that is Saint Paul, Planned Parenthood may be the only private property that the government actually does respect.

Of course, the cops kept the different factions – such as they were – apart.   Planned Parenthood had its own little demonstration out front: 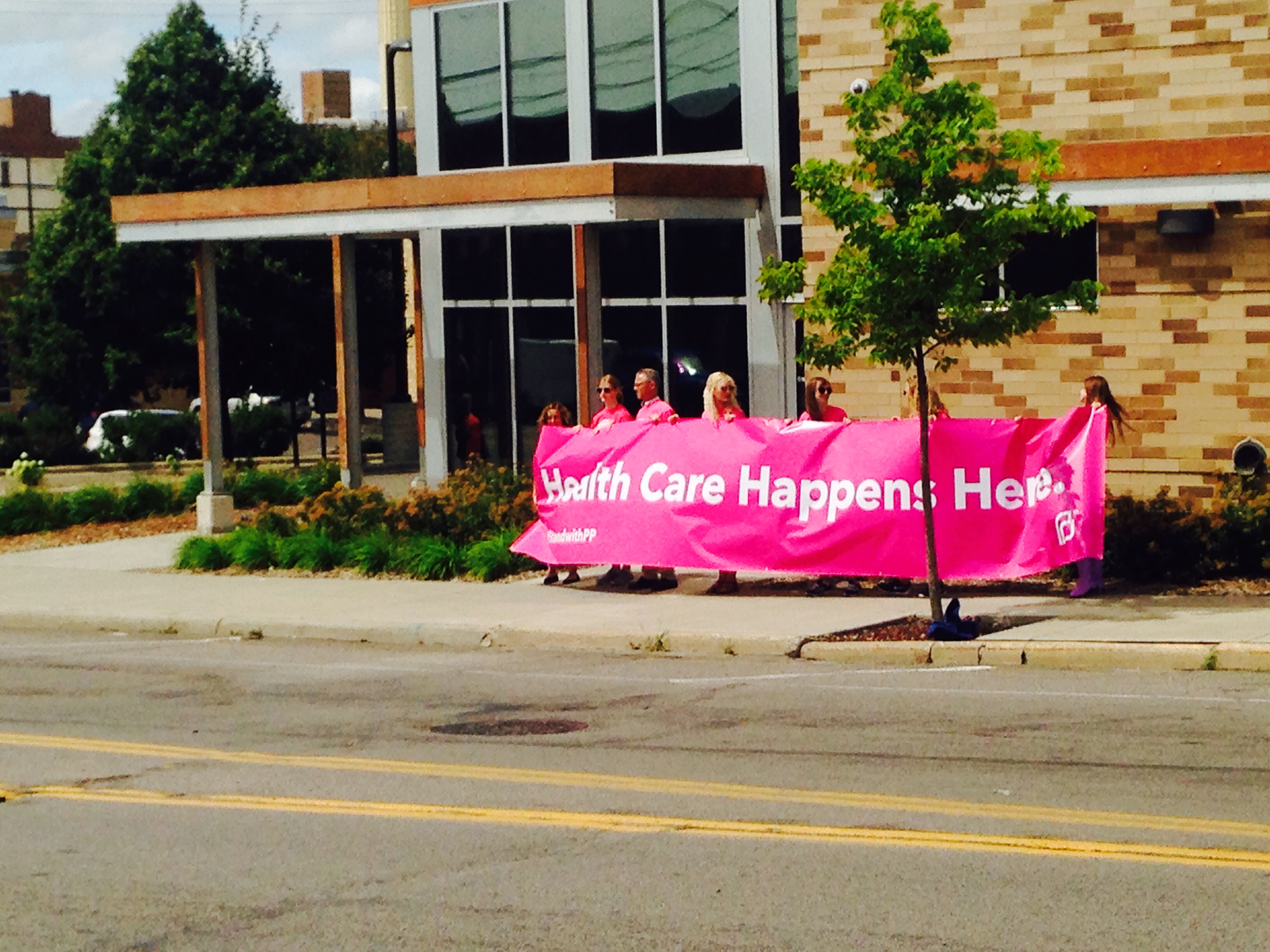 The crowd was very mixed.  There were all sorts of people from the burbs and out of town – but also more African-Americans and Latinos than I’ve seen at every Planned Parenthood or MPR event, ever, combined: 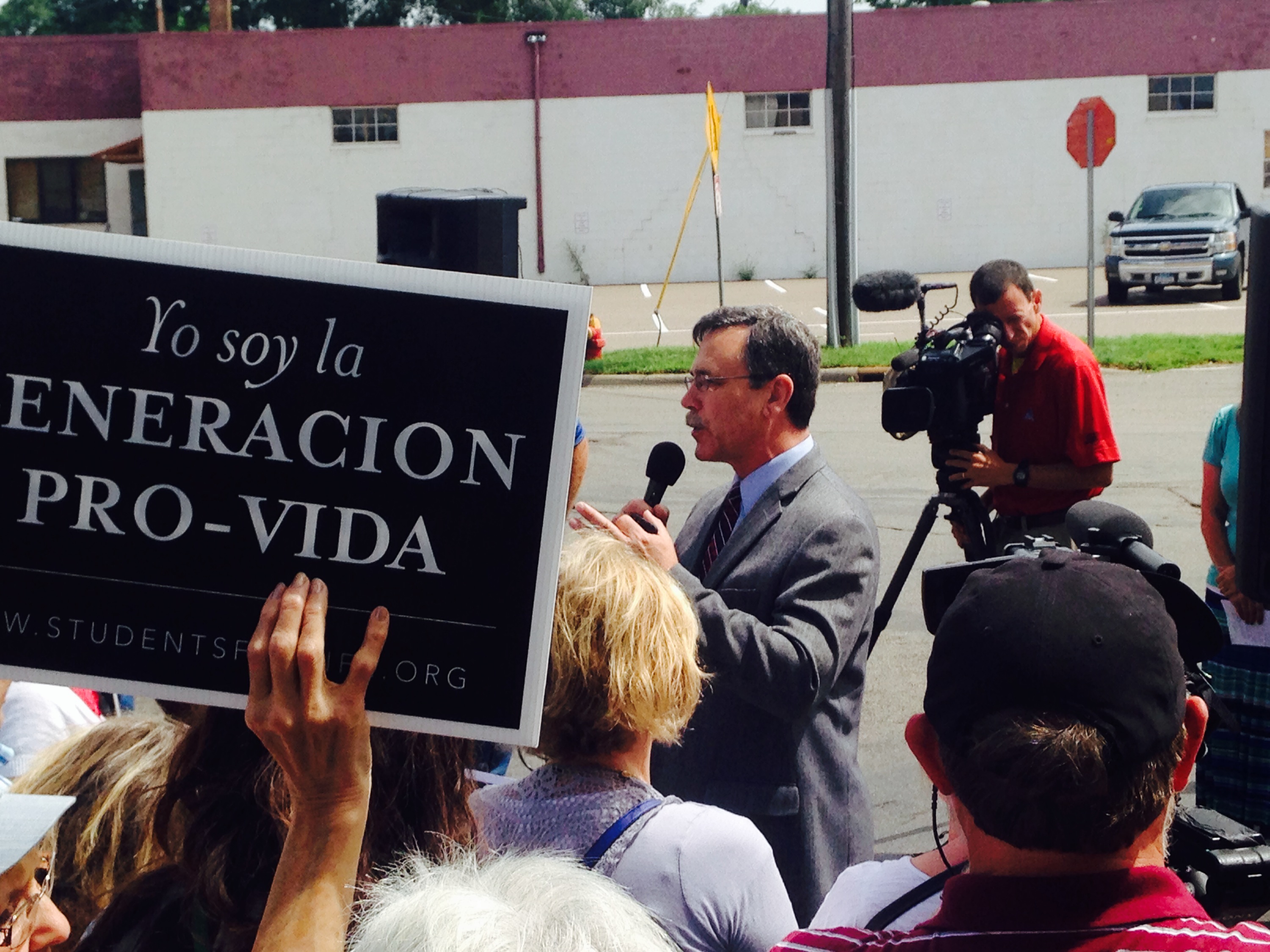 Speakers spoke through a plucky little portable PA. Somehow they got their message across. I didn’t catch this guy’s name, but he’s one of the MN Family Council guys who found the 13 “fetuses” dumped behind an abortion mill in Robbinsdale about a decade back. His testimony was pretty intense.

I had to get back to work, so I didn’t hang out long.

The left’s usual tactic in these sorts of things is to claim the crowd was belligerent and threatening.  They weren’t, of course – they were motivated and alert, but they stayed, literally, in the lines, and the only real noise besides the speakers was a group that stood and prayed, pretty much, whenever nothing else was going on.

Which is, I suppose, a trigger warning for some.  Whatever. 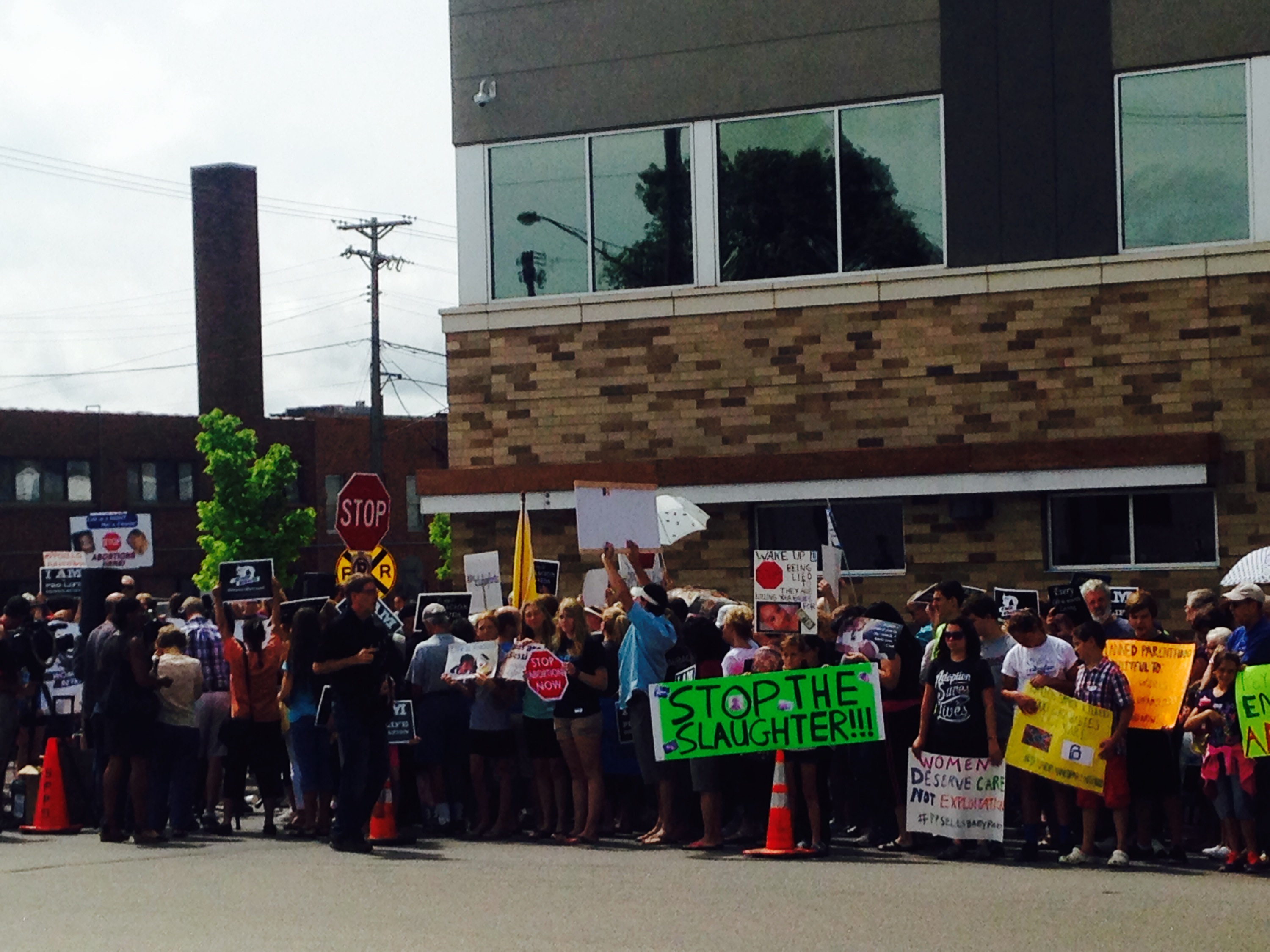 The speakers at the event noted that there should be more videos coming out soon – so I’m sure we’ll be back. 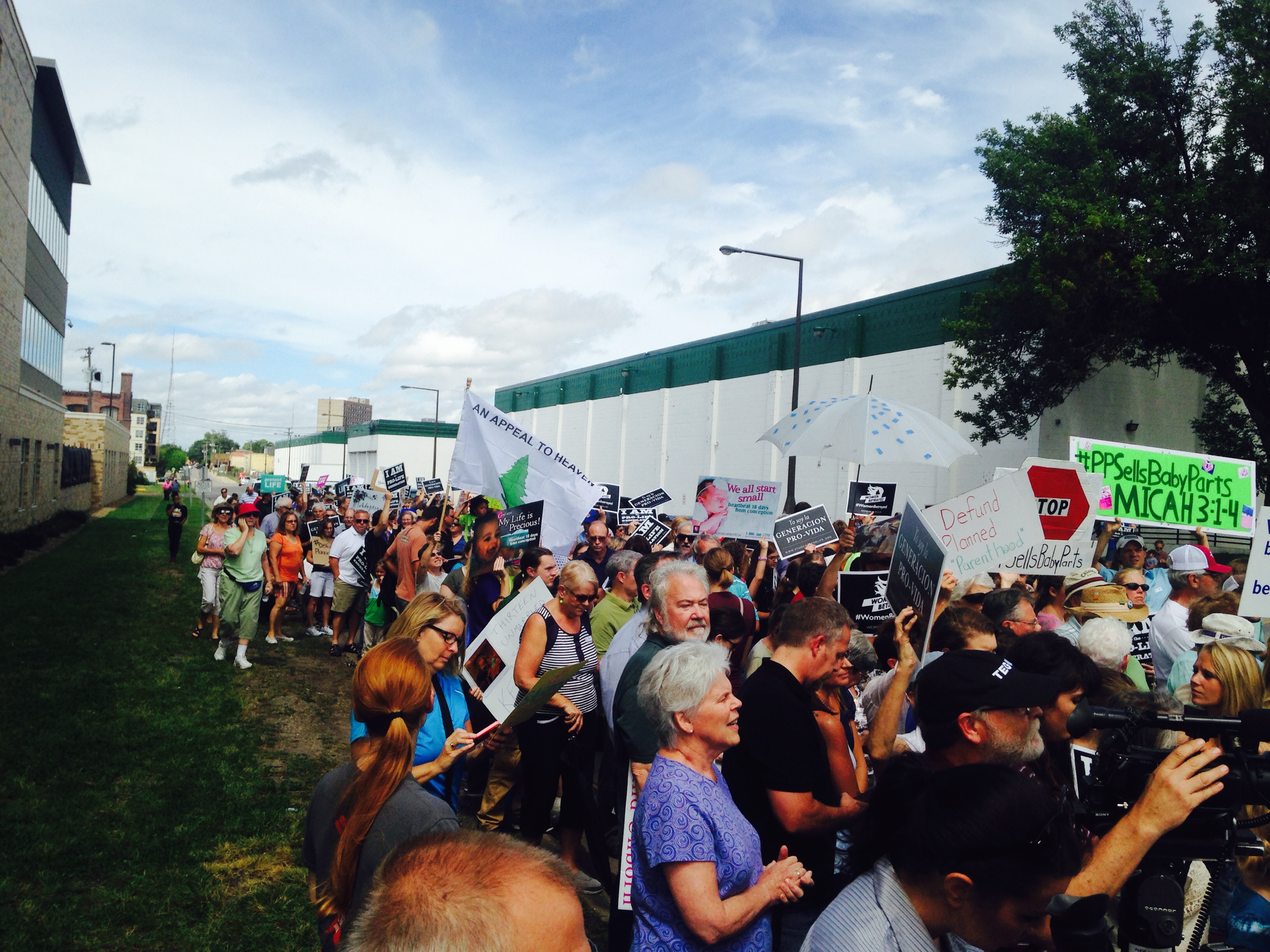 If the people who released the “sting” videos wanted to use them to create more pro-life activists, I think it’s worked.  I can name one guy who just got a lot less accomodationist.