The DFL has a long, filthy history of dropping hit pieces in the closing hours of campaigns that would make people who care about petty annoyances like “right and wrong” and ‘truth” puke up their skulls.  Classic example – this piece from 2010, which tried to whip up ingorant anti-Arab sentiment against King Banaian – who happens to be of Armenian descent.

But the people who do Democrat “Farmer” Labor Party hit pieces don’t bother with right and wrong.  Their ends justify their means.

I cited this piece, dropped against Stacey Stout in House District 43B, on the show over the weekend.  I called it “Evil”. 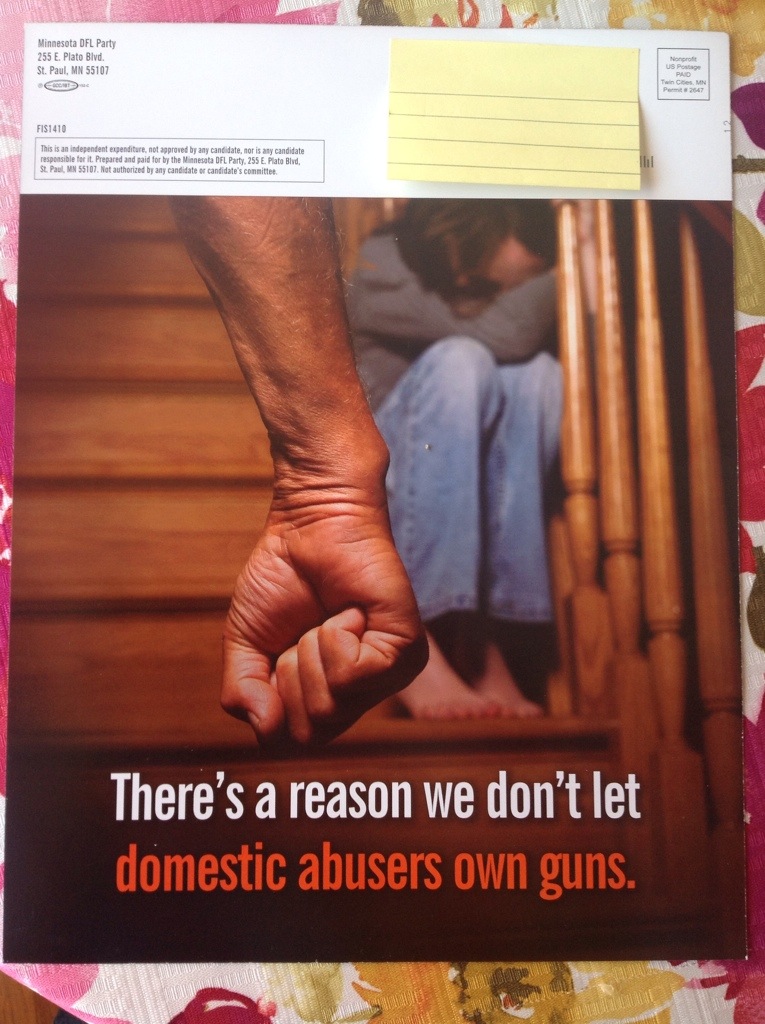 Uh oh.  An abusive guy (are there any other kind in the DFL’s world?  Other than Pajama Boy, I mean?)

And here’s the back: 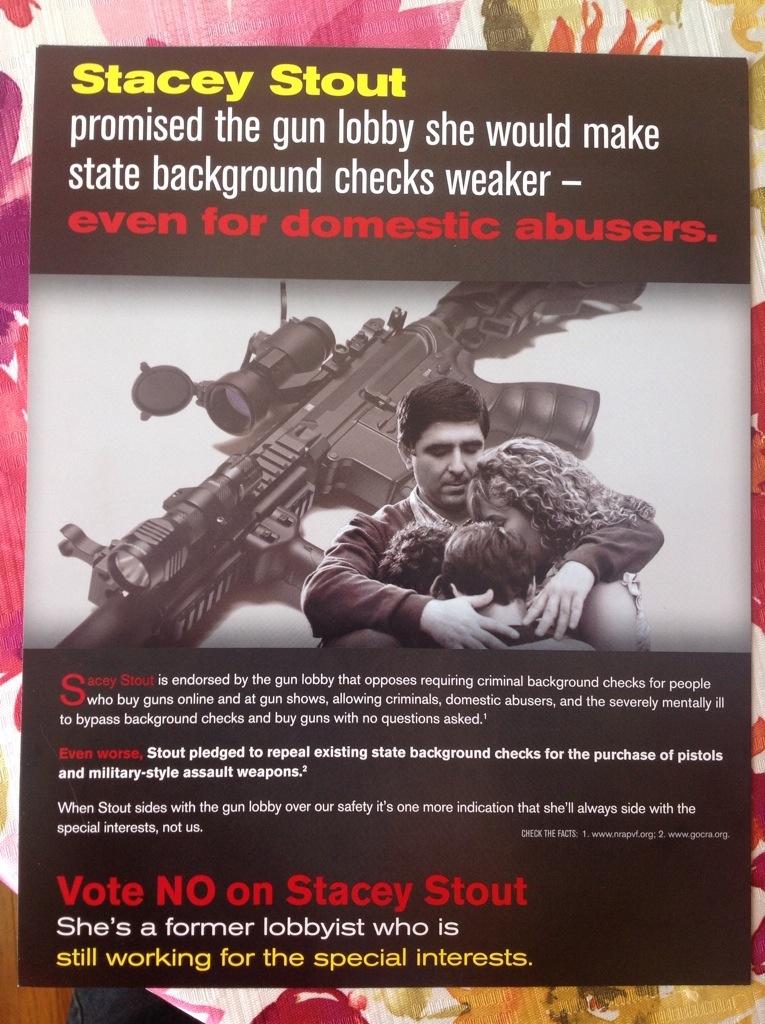 This ad proves that the DFL is counting on finding a plurality of incurious cretins.  And in 43A, it apparently worked.

Let’s go through this point by point:

Stout, like most people who don’t see “people with swastika armbands” as a government model to emulate, opposed a DFL proposal to take guns away from people accused, as opposed to convicted, of domestic abuse.

The “Gun Show Loophole” is a fraud; every gun show I’m aware of requires an NICS background check, and require a police-issued “Permits to Purchase” to buy a gun.  The bill the DFL refers to would have required people to transfer all firearms via a Federal Firearms Licensed dealer.  That means if you’re handing a gun down to your kid, or lending a shotgun to your friend for duck season.  This does nothing but raise the price of firearms (FFLs don’t work for free) and create a paper trail for every gun – the same trail that police departments in Connecticut and New York are trying to use to confiscate firearms.

Stout made the right call in all three cases – if “following the law and the Constitution” is what you care about, which for the Democrat party it is not.

Taking those stances, in favor of the law-abiding citizens’ civil liberties, and turning them into “support for rape and domestic abuse?”

If you’re a DFL official, you might want to steer clear of me today.

And if you voted for Peter Fischer over this ad?   Sorry for all the two-syllable words.