As, for that matter, have a lot of Minnesota activist groups. It’s election season, after all.

But I’m going to guess not very many got a response like a GOCRA volunteer got from Minnesota state representative Ron Erhardt (DFL, HD 49A) of Edina: 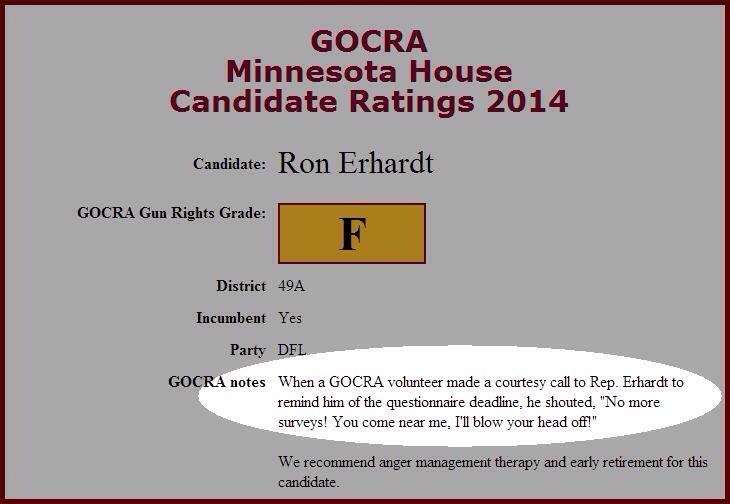 “No more surveys! You come near me, I’ll blow your head off” was Erhardt’s  response, according to GOCRA.  I have sent Rep. Erhardt an email asking for elaboration.

I’m trying to imagine what’d happen if a pro-life Representative had said that to a volunteer from Emily’s List?  If a fundamentalist Christian rep had said something like that to a gay marriage advocate?

I’m not saying that only Democrats have this sense of depraved entitlement.

Just that only Democrats can get away with it in this state.

Note to Aaron Rupar, Rachel Stassen-Berger and Tom Scheck:  Boy, wouldn’t this be a big, juicy story to report on!