In those forty years, he’s released seventeen studio albums (#18 due in mere days), been bootlegged more than almost any other artist, written a staggering amount of material, developed a repuation as the best life performer in the business, and been recognized as the best American songwriter of a generation…

…and gone through some creative doldrums (1990-2000) that make even the unabashed fanboys (like yours truly) rub our heads and change the subject to Darkness on the Edge of Town.

And even for a committed fanboy, it’s hard to explain to a newbie exactly what it’s all about. 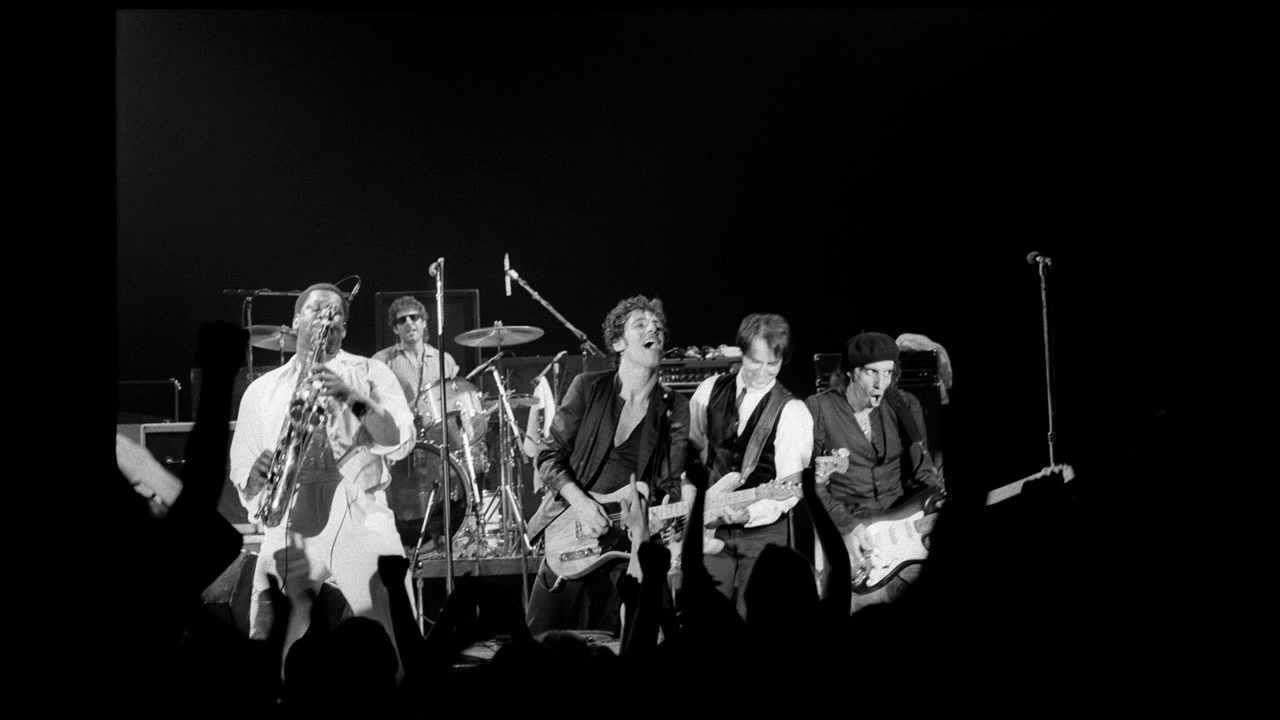 Steven Hyden – who notes that he attended the same concert at the Target Center that I did, back in 1999 – takes a “Hot Or Not”-style whack at the oeuvre, giving an “Overrated”, “Underrated” or “Properly Rated” to an assortment of mileposts in Springsteen’s career; the studio albums, live albums, outtakes collections, live performances, members of the E-Street Band, videos, and various bits of pop-culture ephemera.

And I’m only going to quibble with Hyden on three of his ratings;

First:  Vini “Mad Dog” Lopez was a lousy drummer.  Listen to “Kitty’s Back” or “Incident on 57th Street” or even “Rosalita”, from The Wild, The Innocent and the E Street Shuffle; the beat speeds up and slows down without warning, and that’s what they decided to put on a major-label release.  How much worse were the out-takes?

Second?  While “Fire” is a good song, and “Light of Day” is a great one, “Because The Night” is still the best Springsteen song not originally released by Springsteen:  It’s just a fact.

And while Hyden and I agree – Darkness on the Edge of Town is both of our favorite Bruce album – Hyden focuses on its rock-critic-friendly cynicism and world-weariness.  For me, it’s nearly the opposite; the record resonates for anyone who identifies with deep isolation, with a place outside the American mainstream, whether you’re across the river from Manhattan or across 100 miles of sod from a city that gets more than two TV channels.

(And while he’s right – Live from Hammersmith Odeon is far and away the best “official” live release of Bruce’s career, the very unofficial “Live at the Capitol Theater”, recently posted in its entirety on Youtube, may count as another essential, if lower-gloss, live recording worth listening to)

On the other hand, Hyden distilled perhaps the iconic image of the young, male, non-Jersey Springsteen fan in his review ofBorn to Run:

There’s a particular brand of vanity that exists in certain kinds of young men between the ages of 19 and 27 where it’s vitally important to present a façade that is equal parts masculine, feminine, tough, and sensitive. For instance (and this example is purely hypothetical and not at all autobiographical), this certain kind of young man may drive around alone late on rainy nights — he actually chooses to drive when it rains because it is appropriately evocative for his inner emotional geography — while listening to Clarence Clemons’s sax solo on “Jungleland.” And when he feels himself starting to cry, he will look in the rearview mirror in order to stare at his own tears. He knows he will never tell anyone that he cries alone to the sounds of the Big Man’s titanic blowing, but he guesses that strangers will sense it, and this will make him appear soulful. (Forgive him. He is a little naive and very silly.) It doesn’t matter that the lyrics of “Jungleland” have virtually nothing to do with his life — he’s pretty sure that the only people for whom “kids flash guitars just like switchblades” represents reality are Danny Zuko and Kenickie. But this song is still his avatar, and he’s confident it always will be.

And on some of those dark, rainy nights, he still just may.

(Except for the crying.  Because – dude).

Anyway – you be the judge.

11 thoughts on “For The Tourists”