I’ve had a few people ask me what I thought about Frederick Melo’s piece in the PiPress the other day about the 4th Congressional District ousting its chairman.

Well, Melo did have one quote – where the ousted chair “…characterized the vote to remove him as a split between “old guard” Republicans and younger supporters of Libertarian figure Ron Paul” that was just plain untrue.

The group that moved to oust the former chair included Ron Paul supporters and “old guard” activists (the scare quotes are intentional; many of the “old guard” were Tea Partiers, some were considered “insurgents” two years ago).

In a body that had been largely taken over by Ron Paul supporters, it is utterly impossible to view the constitutionally-mandated 2/3 vote for removal as a “Paul Versus Establishment” factional issue.  Everybody joined in.

But those are the facts.  The question was my reaction.

My reaction is “who cares?”  It’s a week old, and it’s already ancient history.  And it’s more of the same tail-chasing that has helped make the 4th CD GOP what it is.

And it’s just plain wrong to focus on this sorry little incident, when there is actually reason for hope buried under the headline.

The Fourth CD GOP has been through a rough 65 years or so.  The past seven months  fit into the district’s long-term tradition as the sad sack of Minnesota politics.

And the elections this cycle were pretty uniformly dismal for the 4th CD GOP – although we were far from alone.

And yet there are some signs of hope in this past seven months, in the past election cycle, in the ousting of the chair, and in the cards for the near future.

Fractions Of Factions:  The big story in the GOP statewide this past year, right up there with the state GOP’s financial travails, was the virtual takeover of the state’s BPOUs and Congressional Districts by Ron Paul supporters.  This takeover has manifested itself differently in different districts; it had little visible effect (to an outsider, anyway) in the 3rd or 6th CDs; it led to a fractious primary in the 1st; the 5th initially ceased to exist, and then resurfaced as an intellectually-onanistic vanity project run by a group of autocrats in “liberarian” clothing.

In the 4th?  A sizeable group, maybe a majority, of Ron Paul supporters realized that you have to back your ideology up with some shoe leather.  The “new guard” largely sacked up, buried the hatchet with the “old guard” (har di har) and learned how to write, print and drop lit, pound signs, and the zilllion other non-ideological, non-rhetorical bits of blocking and tackling that you gotta do to run elections and, one day, win the big prize, affect policy.  And while the result were disappointing, it’s worth pondering how the races would have turned out had Ramsey County not been the epicenter of the state’s DFL turnout effort (with ballots cast totaling over 99.5+% of election day registrations, six points above the state average, almost all Democrat).

But that’s for another day.  The big takeaway is – for once, the 4th CD GOP managed to bury hatchets in something other than each other’s foreheads.

At the campaign level, at least.

Buyer’s Remorse: While the various factions in the 4th CD GOP don’t agree on everything, they did manage to agree that the district’s current direction, as of last Tuesday, was not the right one.

Forward Motion:  Republicans in the Fourth CD have a chance – almost unprecedented in recent history – to have a role in rebuilding the party into a credible, and perhaps one day formidable, force to be reckoned with.  There is talk, for the first time since I’ve been involved in the district, of trying to agree on a long-term plan, on a message that resonates with people in Saint Paul andand , of reaching out to people who may be conservative but don’t yet know they’re Republican, and who may have been told that they were shut out of the GOP…

…all of which are things the 4th CD GOP has badly neglected ever since the last time a GOP candidate was a real contender in the district (1994, when the late Dennis Newinski came within six points of toppling the sainted Bruce Vento).

It’s easy to say “the past is passed”.  When you’re a 4th CD Republican, it’s absolutely vital; there has been, for 18 years, virtually nothing good about the district’s recent history.

And it may sound pollyannaish to say “let’s focus on the future”.

But this is one of those rare moments in life when a group can literally say it has nothing to lose by going forward – that, indeed, tossing the past aside can be purely a liberating thing. 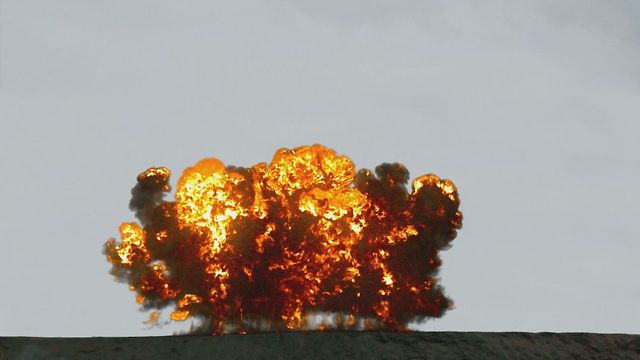 5 thoughts on “The 4th CD GOP: All The News That’s Fed To Print”