Yesterday, I suggested that it might be a good idea for Minnesota Public Radio’s “Poligraph” feature (for whom Cathy Richert is listed as the “lead reporter”) might do well to add an “Oversimplified” rating to its rather cut-and-dried set of verdicts.

I suggested it because at first blush, it might be used to cover Richert’s own “fact-checking” – for example, the sole “fact-check” she did of Amy Klobuchar during the debate with Kurt Bills.

During the MPR debate at the Minnesota State Fair last week, A-Klo claimed that 2/3 of the bills she authored were ‘bipartisan”.  Richert dutifully confirmed that Klobuchar did, in fact, have Republican co-sponsors for 2/3 or so of the bills she wrote (while factually noting that Klobuchar votes with Harry Reid’s line in the caucus a very liberal 94% of the time).

On hearing this odd little juxtaposition – a “bipartisan” record of sponsoring bills versus a very partisan voting record – the curious reader and listener might have a question or two.

So What Did Klobuchar Sponsor?

Richert assures us that once fripperies like Senate Resolutions – which are usually non-controversial – are stripped from the data set, two-thirds of Klobuchar’s bills are, indeed, co-sponsored by Republicans.

And what assortment of bills are these?  I include them all below the jump.  And they are indeed some bipartisan profiles in courage; suspension of duties on plastic children’s wallets, bamboo kitchen utensils and inflatable swimming pools and the like.  Read the list at your leisure; you’ll need it.  There are 75 of ’em.  And right around 50 have a Republican co-sponsor.  And they are, pretty much to a T, innocuous.

The only two bills that Klobuchar has actually had signed by the President?  Neither the “Appeal Time Clarification Act“, co-sponsored by Jeff Sessions, and the St. Croix Bridge legislation, cosponsored by Franken and Wisconsin’s Senators Kohl (D) and Johnson (R), are especially controversial.

But there’s nothing wrong with having an innocuous record, really – is there?

Of course not.  Not everyone is a leader and a trail blazer, a la Paul Ryan.  It’s perfectly fine to claim innocuity as a virtue.

But what if there’s more to it?

Why Pick Such An Odd Figure To Wave Around In A Debate?

Klobuchar has, in fact, been running on the fact that she’s a pleasant enough person who is not averse to “bipartisanship”, but not in a way that risks anything.

But GovTrack shows her well to the left among Senators, with a voting record to the left of Harry Reid and San Francisco überliberal Dianne Feinstein, with only 16 Senators with more left-leaning rap sheets.  And it remained to Richert to point out to the reader and listener – days after the actual debate – that Klobuchar’s voting record is actually 94% in line with the Senate’s Democrat majority.  That is hardly a “bipartisan” record.

So it’d seem that:

So there are a couple of questions here. 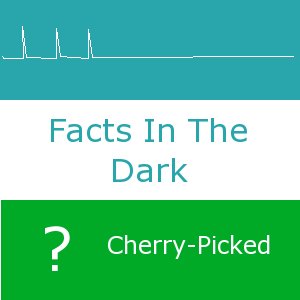 And there’s another question.   Given all that was said in those two hour-long debates, why did MPR’s Richert pick this assertion of Klobuchar’s to “fact-check” (and oversimply), as well as Hernandez’ statement that we talked about yesterday?

What, indeed, are MPR’s criteria for submitting a politician’s statement to “Poligraph’s” eagle eye?

More on this tomorrow.

Here is a listing of every bill Amy Klobuchar sponsored during this past session.  Via GovTracker.

11 thoughts on “Facts In The Dark, Part II: “Poligraph” And The Path Not Taken”