Back then, as the plucky underdogs of “Concealed Carry Reform Now” worked away at the biggest grassroots political coup in Minnesota pre-Tea-Party history, the orcs of the anti-gun movement sawed gamely away at a series of memes to try to scare people out of voting for the measure:

None of them came true, naturally – in Minnesota or any of the 40-odd other states with “Shall Issue” laws.  The only real value to come of any of those memes was that the DFL got to practice what it preached…as rel environmentalism.  Because they re-used all of those memes to try to similarly poison the well against “Stand Your Ground” bills, which are if anything vastly more socially benign than “Shall Issue!”

But that’s next year’s battle.  Today, let’s look back. Because today, we’re observing a mournful anniversary, and celebrating an ass-kicking milestone.

Saturday is the first anniversary of the passing of my friend and first carry permit instructor, Joel Rosenberg.

Joel was the beating heart and the rapier wit of the Second Amendment movement in Minnesota; where there were trenches to be fought in, he was there.  The passage of the Minnesota Personal Protection Act was a monument to lots of people – Joe Olson, the whole GOCRA/CCRN crew, Senator Pat Pariseau and Representative Linda Boudreau (who wrote the legislation for years and years until finally passed), a far-sighted GOP minority and a fair-minded, human-rights-focused minority of outstate DFLers – and of course, Joel, who spent the better part of a decade bouncing peripatetically about between all of them.

And it’s perhaps fitting that, just in time for this sad anniversary, there is happy news.

The Gun Owners Civil Rights Alliance – which has led the way on Second Amendment issues in this state for nearly 20 years, issued a press release (I’ve added emphasis):

As of this month 101,357 Minnesotans have been issued carry permits, according to  a report issued by the Department of Public Safety yesterday morning.

More than 100,000 law-abiding gun citizens now hold Minnesota handgun carry permits, according to the latest monthly report from the state’s Department of Public Safety (see attachment). The permits are issued under the Minnesota Citizens Personal Protection Act. As of May 30, 101,357 permits were active. 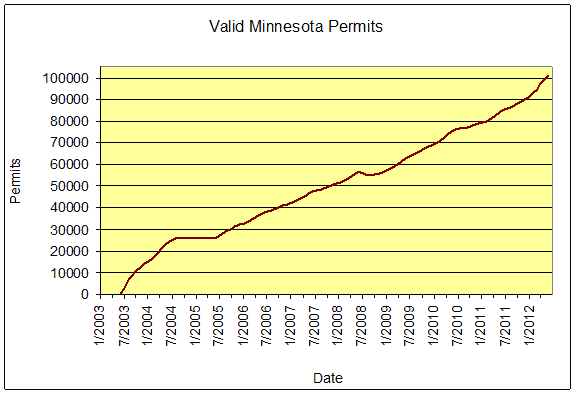 The statute, known as a “shall-issue” law, requires county sheriffs to issue a five-year carry permit to any law-abiding citizen who has received certified training and passed criminal, mental health and substance abuse background checks. 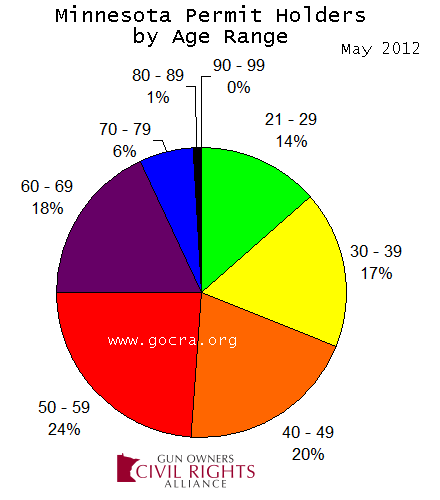 Passed in 2003 and re-passed in 2005 following a court challenge on a legal technicality, the statute, replaced a previous “may-issue” system that allowed police chiefs and sheriffs absolute discretion to grant or deny a permit for any or no reason. Under the previous system, some jurisdictions issued permits freely, while others refused to issue any for personal protection. 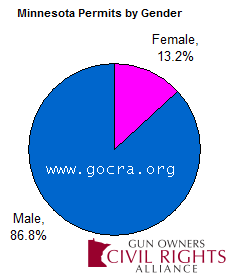 “Self defense is a human right,” said Joseph E. Olson, a law professor and president of the Gun Owners Civil Rights Alliance, which lobbied for the law for more than a decade. “And the right to bear arms is a Constitutional right. Now, one in 40 Minnesota adults has exercised that right.”

That’s 50,000 more than I’d figured we’d ever have.  10,000 more than the 90K estimate from the Legislative Auditor’s office – a  figure the DFL bandied around like a scary story to keep kids in line. 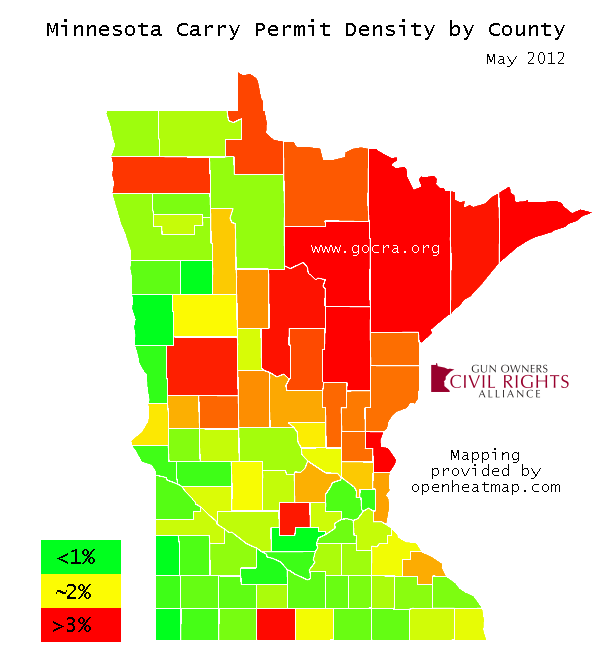 Let’s take the occasion to go over a few bits of news you can use about the issue:

While it’s a long way to go to get to the goal – every law-abiding American exercising his duty to protect their and their family’s lives and liberty – it’s a great start.

And I think Joel would appreciate that.

6 thoughts on “In Memory, With A Side Order Of Spiking The Ball”