I could write six thousand words about Berg’s Seventh, Sixteenth and Seventeenth laws if I wanted.

Or I could just display this: 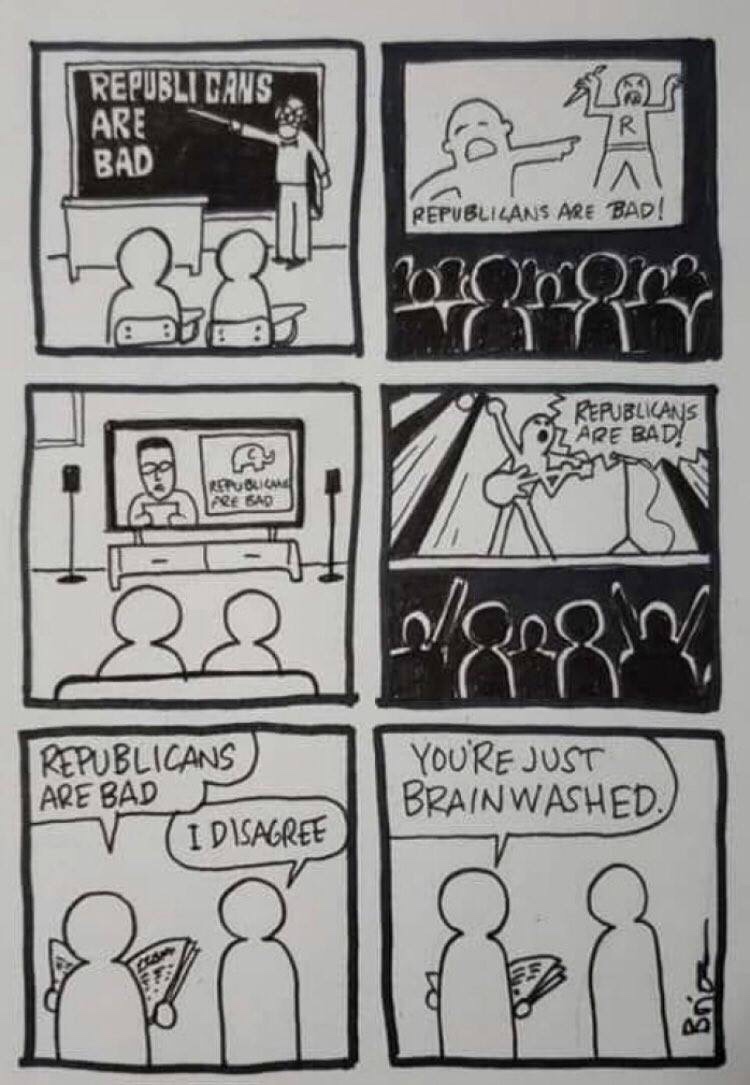 Thesis:  When leftybloggers can’t manage a logical argument or, often as not, when the DFL’s press releases haven’t told them how to respond in any other way, then it’s off to the name-calling.

They’re not even especially creative about it.  Have you noticed how many conservatives are “Whiners!”, are “Having a Meltdown!” or are “Freaking Out!”, or “Having a Cow”, in the leftybloggers’ odd little language?

When I saw that “Phoenix Woman” from Mercury Rising had written snivelled like a “Real Housewife of Orange County” who’d gotten a Cadillac instead of a Bentley that “Republicans Are Whiners“, referring to my post the other day that noted that Tea Party turnout last Saturday was low, likely, because it was 33 degrees at noon with a howling north wind, I did what I do whenever “Phoenix” writes something; checked Cucking Stool.  Because there seems to be an incredible degree of synchronicity between the two blogs’ efforts.  Simply incredible.

Sure enough, Kackel Dackel “Spotty” at The Stool had – mirabile dictu – nearly the same premise.  He wrote sniveled like a  prison shower-room boytoy that’d just been passed around a bunch of Aryan Brothers:

The leftyblogs and the media – pardon the redundancy – are taking off their clothes and smearing themselves with excrement and falling into catatonic states because they’ve been told that the movement that destroyed them at the polls five months ago, and that all  the GOP candidates are courting, and that has Amy “Ms. Safe Seat” Klobuchar and Barack “The One” Obama making all sorts of fiscally-responsble, spending-hawk-y noises, has somehow “died”.

Now, “Spotty” pointed out shrieked his larynx into hamburger while bashing his head against the sidewalk that while “only” 150-200 conservatives braved the “cold” to come to the Saint Paul protest, and 300 people turned out to see Michele Bachmann in gorgeous weather in South Carolina, the union protesters in Wisconsin turned out in huge numbers on some mighty cold days in Wisconsin.

He probably didn’t realize it, but he pretty much proved my point.

If you believe in stereotypes – and let’s consider the targets of this post, hey?  – then you accept that conservatives are not “demonstrators”.  We just don’t naturally gravitate toward group protests.  So when 600,000 turned out on Tax Day right after the Obamascenscion, and millions last year after the passing of Obamacare, it was big news; conservatives motivated to come out by an immediate crisis.

Sort of like Wisconsin‘s Madison and Milwaukee’s protesters.   People react to immediate events.

So you can assume, against all actual political evidence, that the movement is collapsing.  Or you can remember that in Saint Paul and South Carolina and across the nation conservatives – the Tea Party – had just won crushing victories, flipping both houses and leaving Mark Dayton impotent and adrift in Saint Paul and likely setting the stage for bigger victories after redistricting, and taking the trifecta in South Carolina.  The crisis isn’t over, not by a long shot, but we blunted it.  And so as of last Saturday, there was just no immediate crisis at hand, and people did other things with their Saturday.   Does it mean they won’t turn up at the polls next year?

You could remember, if you can accept a little more “whining”, that some of the same people were doing their end-zone happy dances about this time last year; the Tea Party rally in Saint Paul was about 1/3 the size of the 2009 rally.

And we know how that turned out, right?

(No, it’s a serious question.  For all I know, they think last November was just a bunch of whining too…)