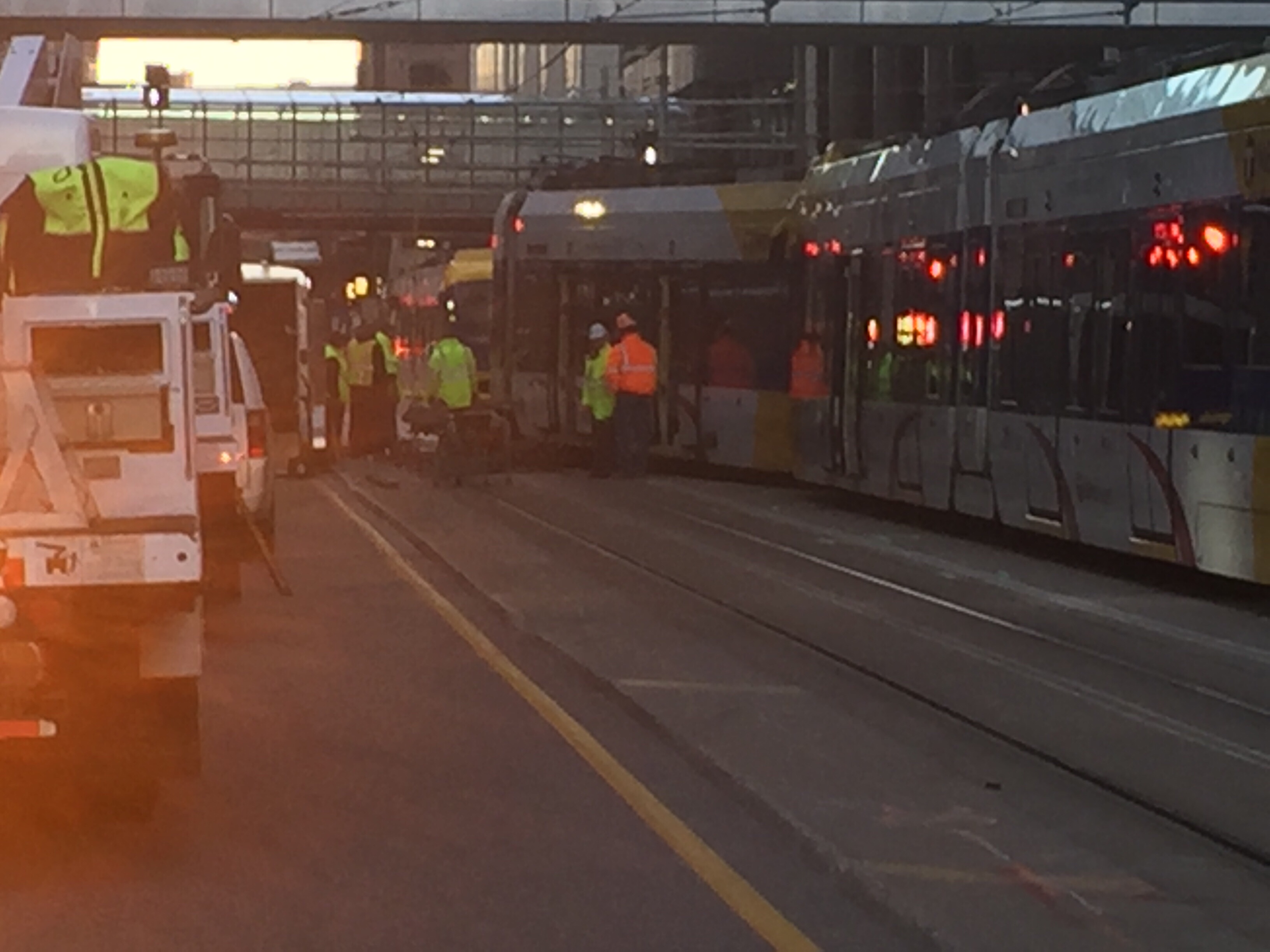 While rolling down a flat street with a midday-sized cargo of passengers.

How do you even do that?

Hey, good luck, Super Bowl fans! You’ll have this turkey on wheels all to yourself.