Last week, I lit up MPR’s “Poligraph” feature for checking the “accuracy” of an utterly subjective bit of political smack-talk by GOP Gubernatorial candidate Jeff Johnson.

To be fair, Catherine Richert did smack down one of the Democrat Congressional Campaign Committee’s more risible claims, that Mills opposes Obamacare because he is floating on a raft of insurance industry money:

To support part of its claim, the DCCC points to information collected by OpenSecrets.com, a website that tracks campaign money. The website shows Mills has taken $7,100 from the insurance industry. But that’s the entire insurance industry, not just health insurance companies.

According to Mills’ campaign finance records, he’s gotten $1,000 from the Blue Cross and Blue Shield Association PAC, and that’s it.

But this next part?

Popularity!:  I suspect that if you passed a law that compelled the government to send out a $10,000 check to every citizen at Christmastime, it’d be “Popular”.  (Or perhaps a law allowing people from small radio stations to take their pick of equipment at public radio stations).

But would “popularity” make it a good idea?  More to the point – would opposing it be wrong because it’s “popular?”

We return to Richert’s piece; as we read it, look for any objective evidence that Mills’ position is wrong:

The DCCC also claims that Mills wants to scrap popular parts of the Affordable Care Act, including a provision that prevents insurance companies from rejecting patients with pre-existing conditions and another provision that allows children to stay on their parents’ plans until they turn 26.

Here, the DCCC is on stronger footing.

Campaign spokeswoman Chloe Rockow says Mills isn’t opposed to making sure young adults and those with pre-existing conditions have access to health insurance – he just thinks there are better ways of doing it.

… the group is correct that Mills isn’t keen on Obamacare, including two provisions that are relatively popular with the public.

Let’s be clear, here:  Richert is checking the DCCC’s statement.  She finds half of it questionable (the insurance money), and half of it accurate (like every single Republican I can think of, Mills opposes Obamacare and thinks we can do the same job much more efficiently by tweaking existing programs).

In other words, the DCCC says that Mills supports GOP policy?

Which is fine, if journalistically a little pointless.

But Richert points out in several places that the programs that Mills would scrap are “popular”.

What earthly journalistic difference do the programs’ “popularity” have?

While Richert is correct in pointing out that the DCCC’s money claims are wrong, she’s essentially pointing out in her second point that the DCCC is, indeed, pointing out correctly that Mills is campaigning as a Republican, with what looks like a little gratuitous reassurance to MPR’s DFL-leaning audience thrown in for good measure. 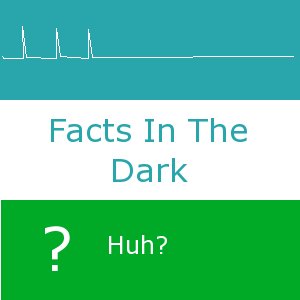 So I give this episode of “Poligraph” a grade of “Huh?”

With all due respect to MPR’s News department (and, stereotypes aside, I’ve tried to pay it where it’s been due, as with the exception of everything Keri Miller touches it often has been), it seems that “Poligraph” is explaining the obvious.

UPDATE:  Gary Gross at Let Freedom Ring also covered this bit earlier in the week, and has unsurprisingly similar conclusions.

1 thought on “The Client Is Obviously My Client”